Chevrolet's Electric Concept Sending a Bolt into its Line-up 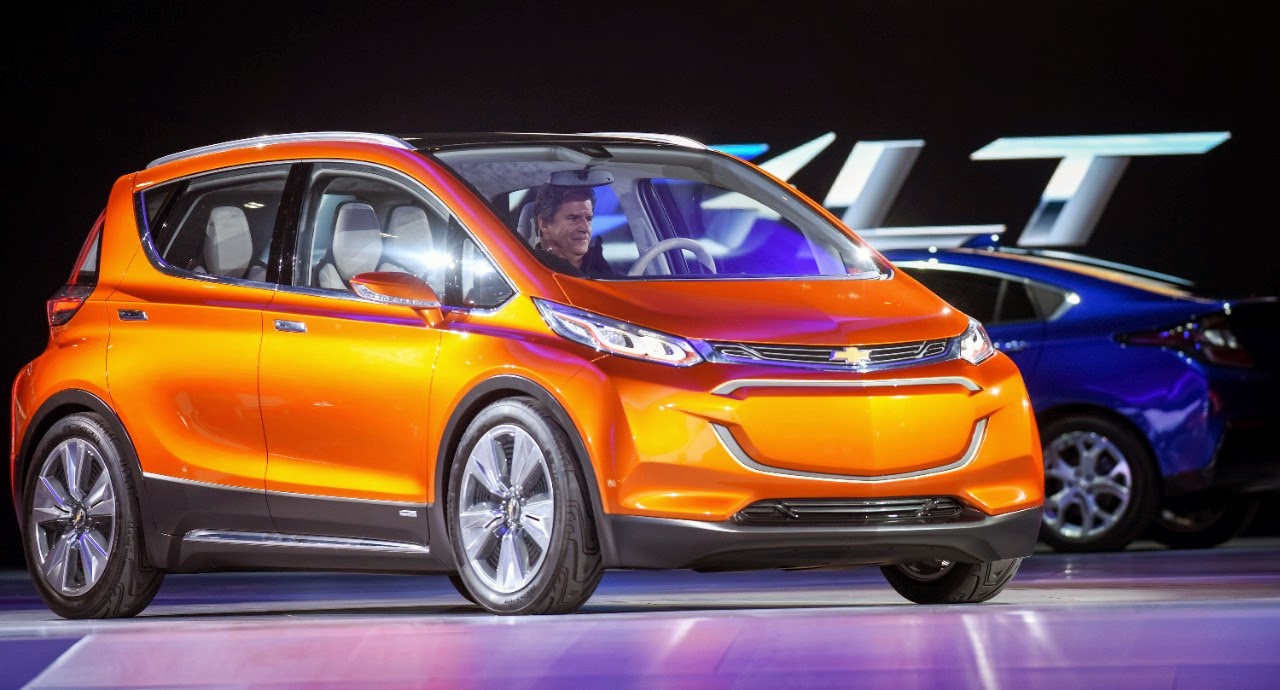 In addition to the redesigned plug-in hybrid Volt, rumours have strongly supported the presence of a fully electric-powered Chevrolet becoming part of this week's major automotive show in Detroit. As predicted, a Monday press conference brought forth the production precursor to Chevrolet's first car not to use an internal combustion engine.

Billed as an affordable electric car capable of traveling 200 miles (321 kilometers) on a single charge, the Chevrolet Bolt EV Concept is created to be a zero-emissions vehicle viable for the regular motorist. “We have made tremendous strides in technologies that make it easier and more affordable for Chevrolet customers to integrate an all-electric vehicle in their daily lives,” said General Motors CEO Mary Barra. 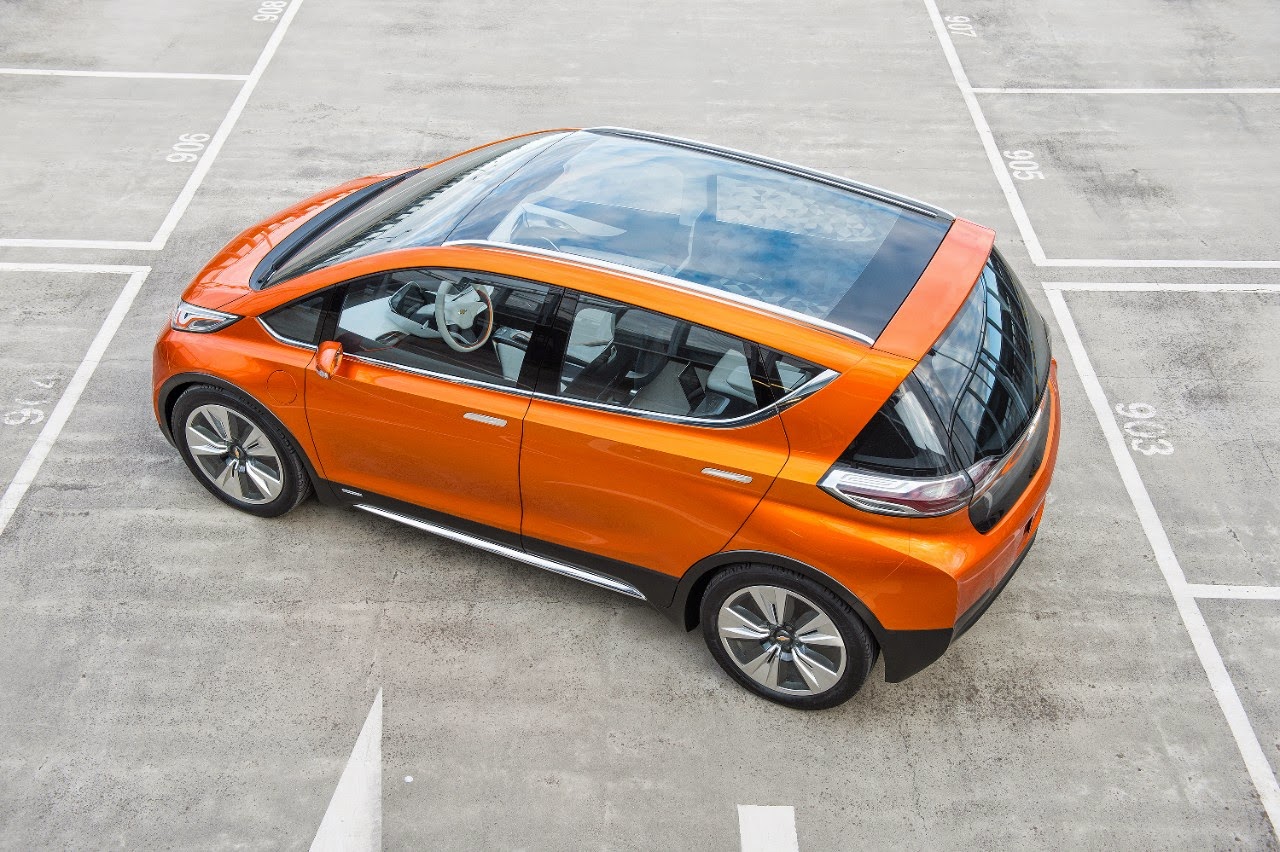 Shown in concept trim for the 2015 North American International Auto Show, the Chevrolet Bolt EV is intended to become the brand's first electric-only vehicle. After practically leaking the 2016 Volt, the Bolt provides a little redemption for Chevrolet when it comes to generating buzz at an auto show.  A subcompact five-door hatchback, the exterior design is unique to the electric vehicle itself. A high-degree of advanced materials such as aluminum, magnesium and carbon fiber have been applied in constructing the Chevrolet Bolt EV Concept. A frosted glass roof, nano-composite rear cargo hatch as well as LED headlights and taillights are assembled within the design of the Chevrolet Bolt EV Concept. “No compromises were made when it came to aesthetics and the elements that contribute to the Bolt EV concept’s range, resulting in a unique proportion that’s sleek, efficient and obviously a Chevrolet.”, said GM Global Design vice president Ed Welburn.

Capable of carrying a driver and vehicle passengers almost twice as far as possible with the Nissan Leaf, the interior of the Chevrolet Bolt EV Concept exhibits a minimalist philosophy to convey a roomy habitat. Using an angelic use of white and grays with a touch of anodized orange accentuation, the Bolt concept's cabin features a dash panel presenting a 10-inch colour touchscreen in the center. 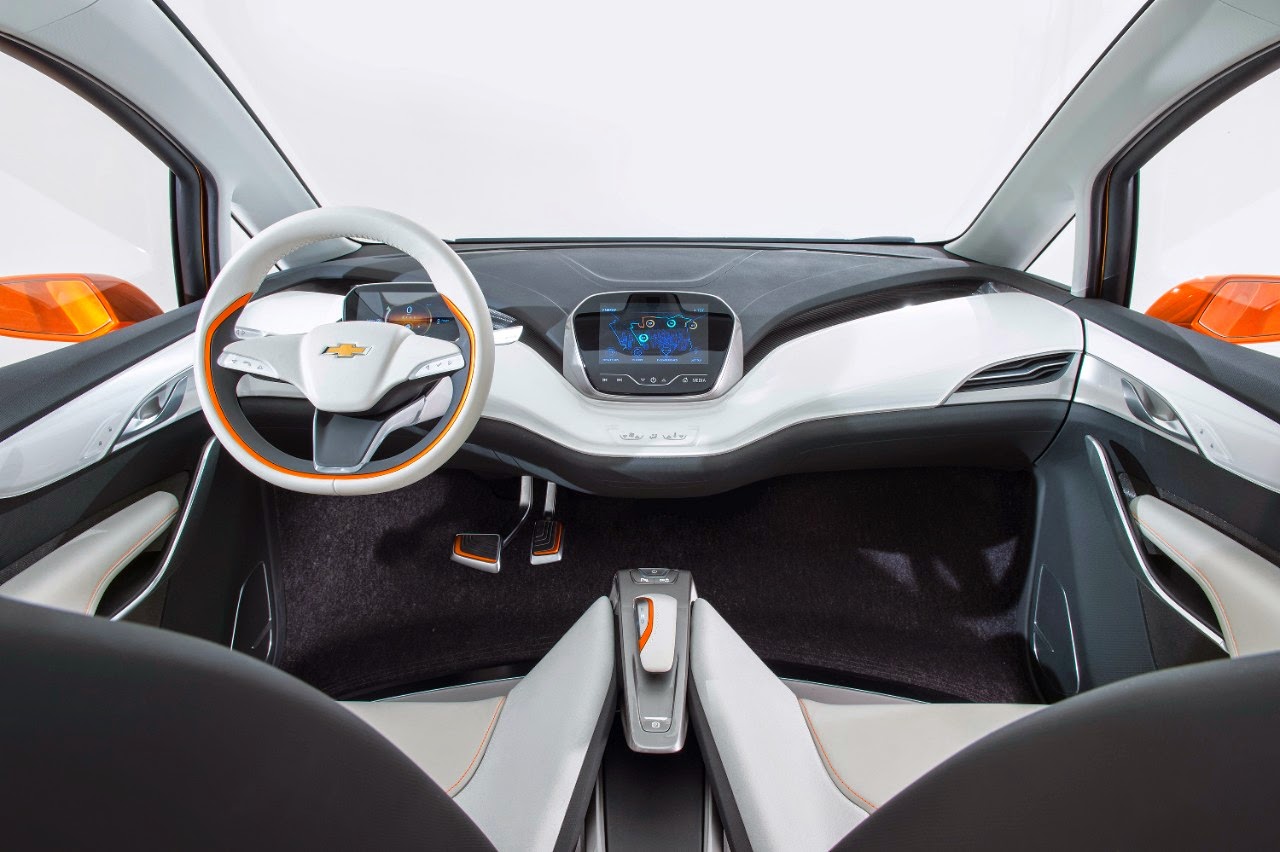 A number of high-tech convenience tools are incorporated into the Bolt EV Concept. The ability to use a smartphone as a key fob highlights the connectivity options with the electric vehicle that includes a Bolt EV Connect app. The concept also features data tools allowing ride-sharing to be conducted effortlessly with even smartphone payment access. Among the most ground-breaking feature built into the Chevrolet Bolt EV Concept car is the autonomous automatic park-and-retrieval technology. This self-driving technology allows the Bolt EV Concept to find a parking spot without the driver even being in the car. This concept technology is also programmed to automatically return the vehicle to the owner.

The production Chevrolet Bolt is slated within the next 18 months and will retail for around $30,000. The street version of the Bolt is intended for release in all 50 states of the United States. Canada will also receive the Bolt as one of several global markets the electric vehicle will be destined for sale.