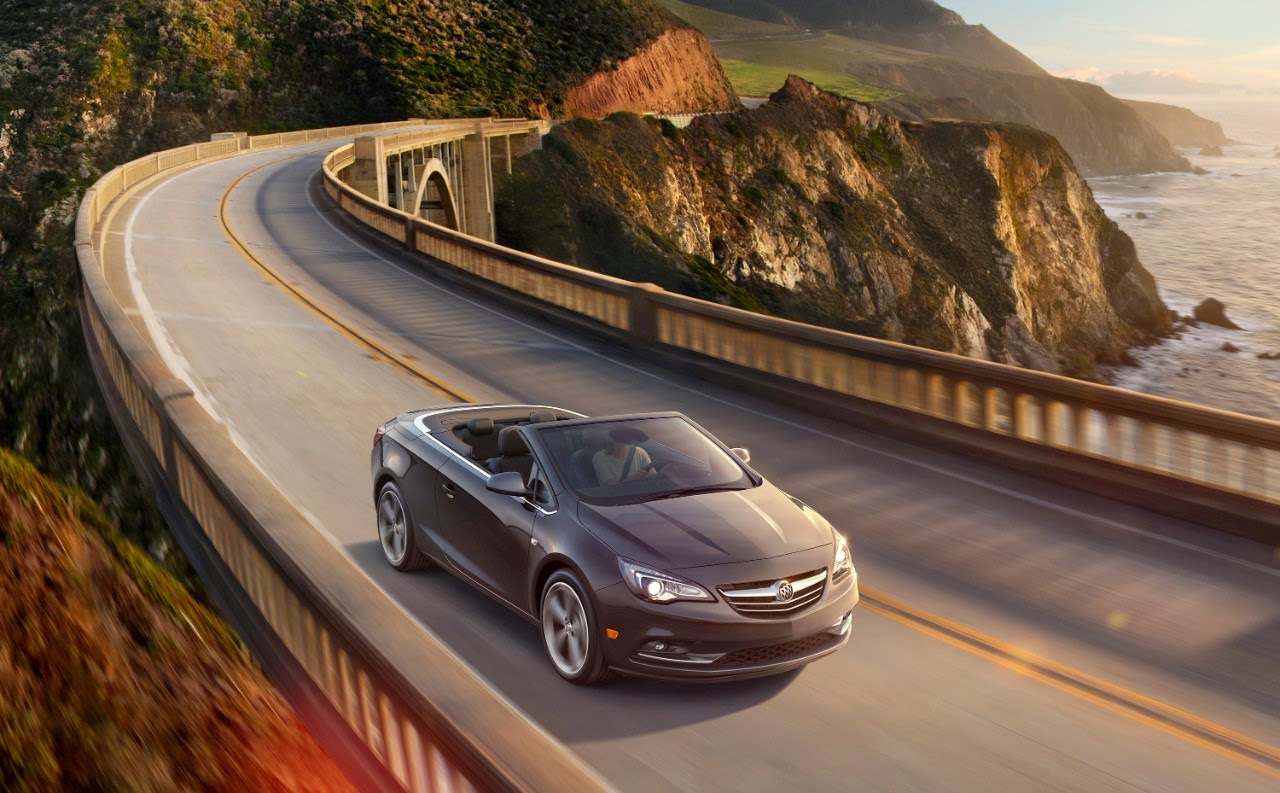 Buick has been working hard to prove it is no longer a brand associated solely with 50-plus drivers and golf tours. Targeting to entice a younger crowd to buy into the premium car division, Buick has been running a series of commercials resembling a modern version of the "Not Your Father's Oldsmobile" campaign. While Oldsmobile is no longer a staple of the automobile business, the original campaign did drastically revitalize the division. In reinventing its image as a hipper kind of luxury, Buick found some traction in 2013 with the premium compact crossover Encore. In time for the 2015 North American International Auto Show, the 2016 Buick Cascada opens a new sense of class for the General Motors division.

The 2016 Cascada becomes the first Buick convertible since the soft-top version of the 1991 Reatta. The Buick Cascada will also be the first two-door vehicle for the brand since the discontinuation of the Riviera after 1999. A dedicated 2+2 convertible vehicle, the Buick Cascada's shape includes elegantly carved body panels and an aggressively raked windshield assembly. Aside from the customary Buick badging, there is little to distinguish the front end of this drop-top with other current Buicks. Grille slots on the Cascada are horizontal instead of the vertical grille slots traditionally located on Buicks. LED daytime running lights incorporate Buick's signature wing appearance. Rear LED taillights are set on a deck lid housing the vehicle's soft-top roof. Operational at speeds up to 31 miles per hour, the electro-hydraulic powered soft roof opens in 17 seconds. 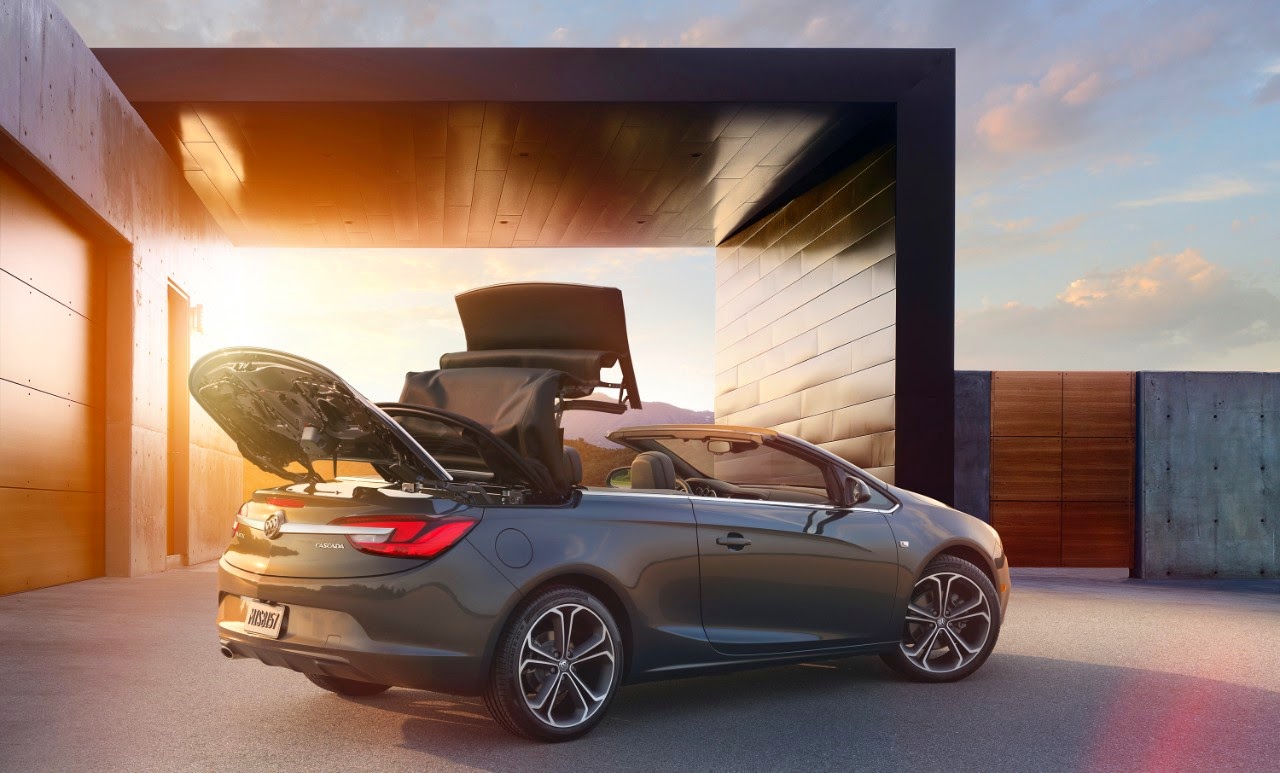 Derived from the Regal and LaCrosse, HiPer struts with a direct-acting stabilizer bar at the front and a Watts Z-link at the rear will insure the Buick Cascada's handling and ride is solid. The compact shape of the rear suspension maximizes space for the soft top and occupant cargo. 13.4 cubic feet with the top up, top down storage in trunk of the Buick Cascada is rated at 9.8 cubic feet. Electric power steering and four-wheel disc brakes with anti-lock braking system insures precise control. Tires of the 2016 Cascada rolls on standard 20-inch aluminum wheels.

Front-wheel driven, the silhouette of the 2016 Buick Cascada is set in motion by a turbocharged 1.6-liter engine featuring direct injection and variable valve timing. Generating 200 horsepower, the turbocharged powerplant's 206 pound-feet of torque can be briefly increased to 221 pound-feet when drivers opt for the available overboost feature. Power from the 2016 Cascada's engine is funnelled through a six-speed automatic transmission. 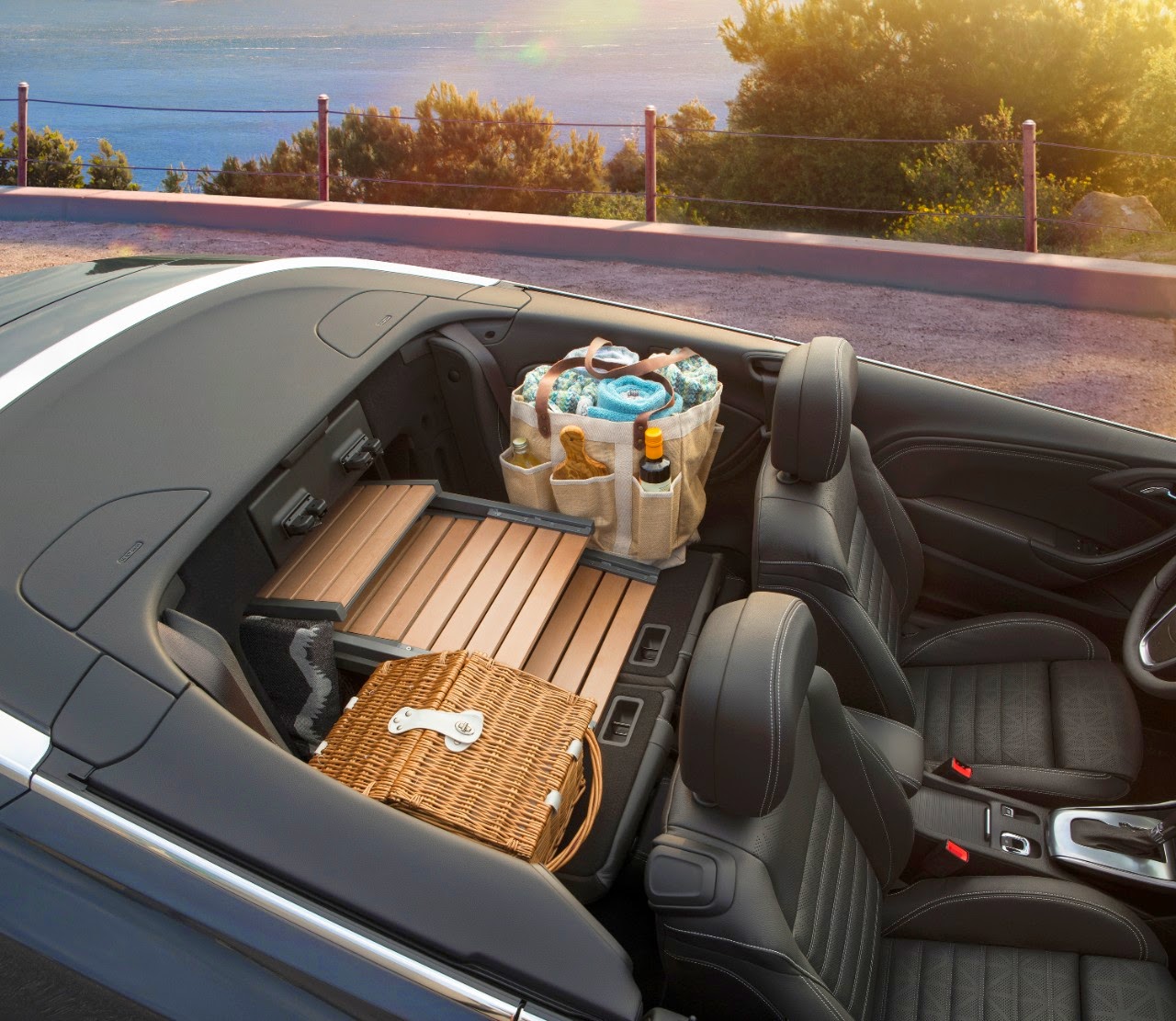 The interior of the 2016 Buick Cascada appears beautifully rich and luminescent. Soft-touch materials and detailed stitching along the dash panel presenting modern accentuation gives the Cascada a definite premium feel. Advertised to seat up to four adult passengers, the rear seat of the convertible can also be folded down for additional storage space. Buick IntelliLink, electronic rear-seat system, Lane Departure Warning, Rainsense windshield wiper and OnStar 4G LTE with built-in Wi-Fi hotspot is available equipment on the 2016 Cascada. 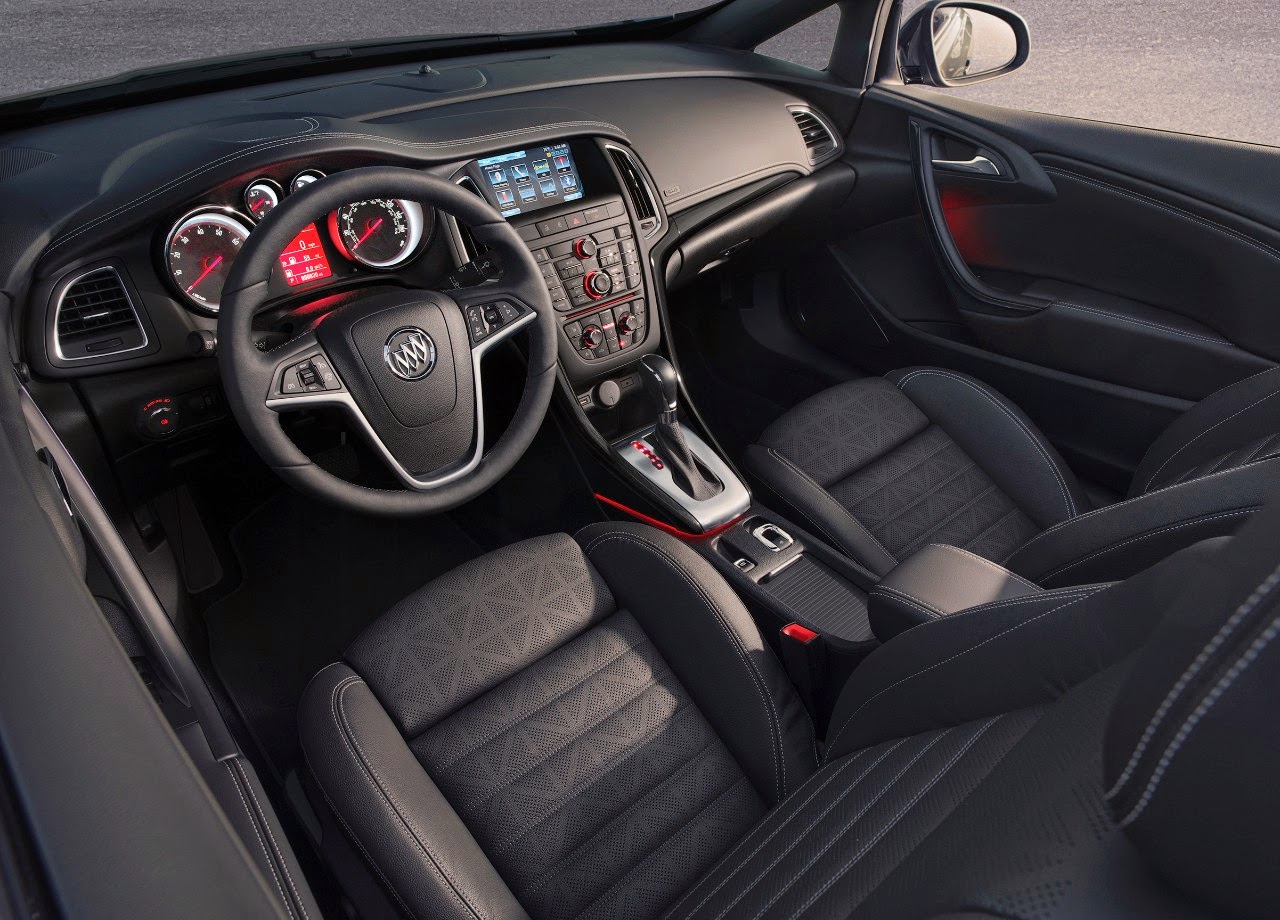 The Cascada is the most recent Buick product spawned from General Motors' Opel/Vauxhall division in Europe. This convertible was already launched in Europe with Opel and Vauxhall brands while Australia is set to receive the Cascada in the coming months as a Holden. The Regal and Encore are two current Buicks created through a collaboration with brands on the east of the Atlantic Ocean. In truth, Buick showrooms have a long-running history for housing European-derived vehicles (some even wearing other brand badges). The Opel GT was one of the more popular vehicles sold by Buick dealerships. In Canada, Vauxhalls from the 1950s to 1970s were sold as the Envoy and the Epic through Pontiac/Buick sale chains.

The 2016 Buick Cascada was slated to go on sale early in 2016 at a price to be determined.