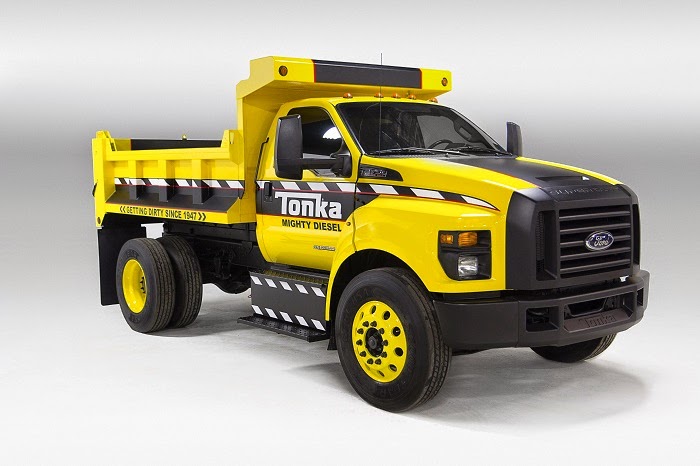 A pickup truck is a multi-purpose tool designed to perform a tough job. The Ford F-Series Super Duty truck line-up is considered one of the go-to solutions for hauling the mightiest loads building a reputation for power and durability.

For people operating the Ford F-Series Super Duty trucks, perhaps the expectation for dependability was instilled at an early age. Since 1947, Tonka has been producing toys that are built to last out using metal construction. Tonka created their Mighty line of trucks and replica construction equipment in the 1960s solidifying a lasting impression in generations of childhood (Including my own). The Mighty Tonka Dump Truck is among the most iconic toy almost any young boy would covet for an extended period of youth. A simple, tough design meant the toy dump truck could handle even the most energetic kid. I can personally say I would probably still have my Mighty Tonka Dump Truck today if I wasn't encouraged to leave it outside in the sandbox during Canadian winters. Even then, the metal construction survived to the point I was a teenager. 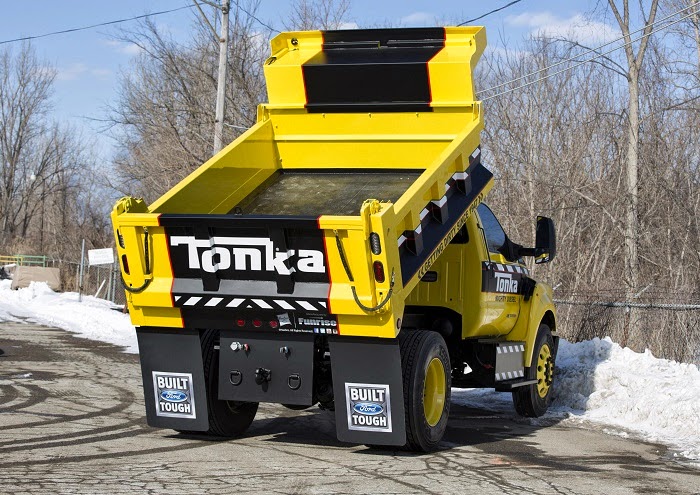 Bringing adulthood and childhood together in one big yellow display, Ford Motor Company imagined the Mighty Tonka brand for the NTEA Work Truck Show. Based on a 2016 Ford F-750 Super Duty truck, the famous toy's colouring was applied to create one tough work vehicle. Called the Mighty Ford F-750 Tonka, a fully functional dump box furnished by Truck Tech Engineers has a hauling capacity of 17,000 pounds.

Built through a collaboration between Ford and Funrise Toy Corporation (under license from Hasbro to produce the popular line of toys), the Mighty Ford F-750 Tonka uses playground inspiration to showcase the latest commercial truck. The 33,000-pound Tonka show truck is part of a display of Ford's new 2016 F-650 and F-750 model line. General manager of Ford Commercial Vehicle Sales and Marketing John Ruppert recalled the legacy set by both companies. “People of all ages have been counting on Ford F-Series and TONKA trucks to get the job done – from construction site to sandbox – for more than 60 years.” said Ruppert. Funrise's vice president of marketing Kathy Hawk added, “Creating this F-750 TONKA truck is a special way to celebrate that many of today’s Ford truck customers first drove a TONKA truck.” 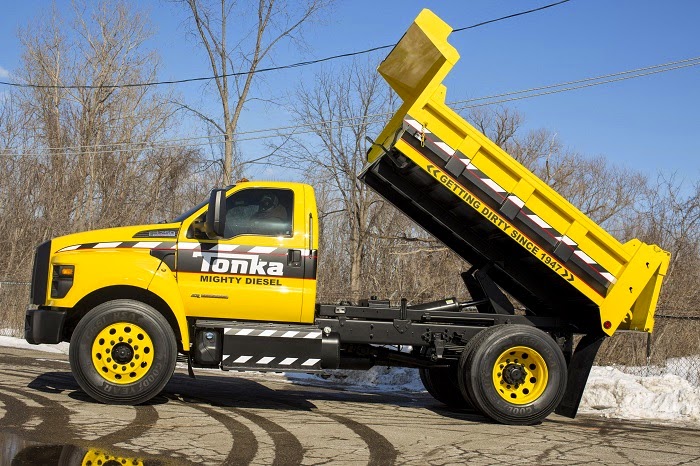 Behind a custom blacked-out grille worn by the Mighty Ford F-750 Tonka, Ford's latest Power Stroke turbocharged diesel powerplant is propulsion for the worksite. Paired with a six-speed TorqShift®HD automatic transmission, the Power Stroke V-8 diesel offered on 2016 Ford F-650 and F-750 will be available in three power ranges ranging from 675 to 725 pound-feet of torque. On the Tonka show truck, the Ford F-750's optional power takeoff is put to work in operating the dump body. Besides the Mighty Ford F-750 Tonka, power takeoff on the truck can also be used for various other purposes in commercial duties. Other versions of the 2016 F-650 and F-750 will be offered with a gasoline-powered 6.8-liter V-10. Natural gas and liquefied propane gas conversion is a factory-prepped possibility with the 6.8-liter V-10. 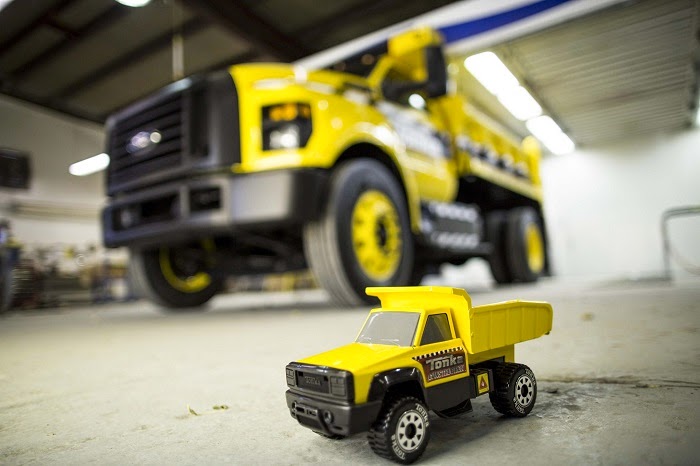 Presenting the options available to truck buyers, the Mighty Ford F-750 Tonka is planned to be displayed at more trade shows throughout 2015.