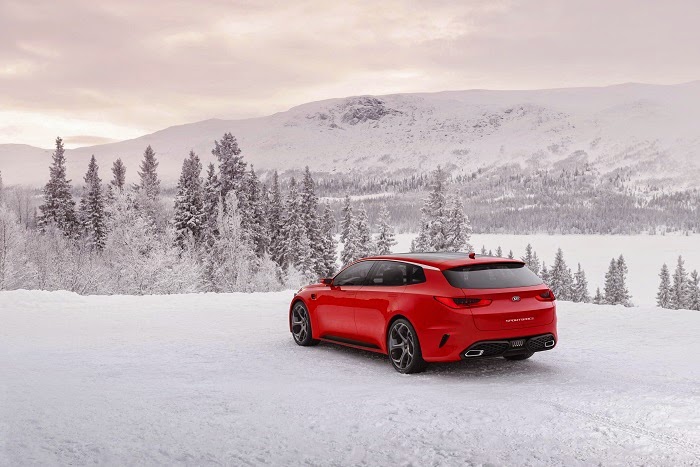 European audiences have long accepted high-performance wagons from BMW and Audi. In fact, Audi has applied their RS moniker to their wagon Avant models for sale in Germany and other European Union countries over the years. With a few exceptions, North American enthusiasts have often sat at a distance only wondering how it will feel to drive a super powerful grocery-getter. At the Geneva Motor Show set to take place this month, Kia explores the sport wagon culture with their Sportspace Concept car.

Preaching the desirable fusion of style and function, the Kia Sportspace Concept is an elegant shooting brake design with a long profile angling smartly at the rear. The styling of the rear portion of the concept car has been shaped to project a presence of a strong and athletic. At the front, Kia's tiger-nose grille features a Plexiglass insert that can be rotated operating as an active shutter for improved airflow. Ice cube style LED headlights are sculpted into the Sportspace Concept's front end. 20-inch ten-spoke alloy wheels and twin tailpipes within a diffuser are added touches to the Kia's wagon concept. 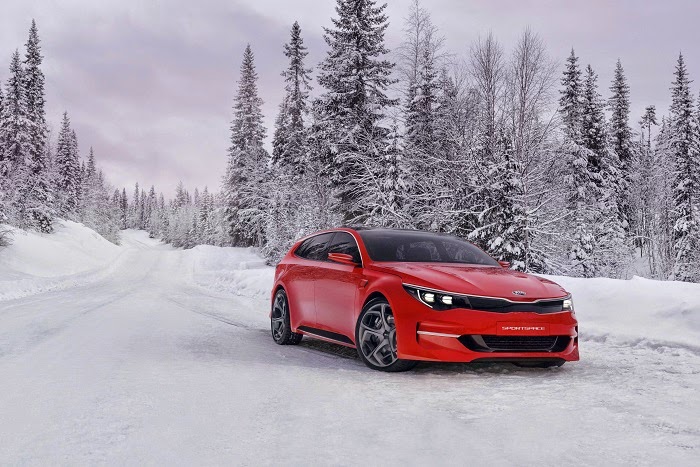 Despite the practical-sized interior, the Kia Sportspace Concept is configured for only four-passenger seating. A large, panoramic transparent roof provides the black-coloured interior with abundant natural light. Leather seating featuring hand woven ‘cuoio intrecciato’ coupled with carbon fiber and milled, anodized aluminum are used to furnish the Sportspace Concept's interior providing a sense of luxury as well as attitude. Instead of the conventional rearview mirror, a slim screen relays camera footage from the vehicle's rear.

Along with providing plenty of occupant room with the four-seat layout, the Sportspace Concept immediately lends itself to a trip to a ski chalet. Skis can fit comfortably inside the Kia Sportspace Concept sitting on top of the armrests that doubles as ski rests. In the rear cargo section, 28 rolling balls are placed within the floor to assist in easy loading and unloading of heavy loads. These balls in the trunk area drop by 3 millimeters when the Sportspace Concept's engine starts. 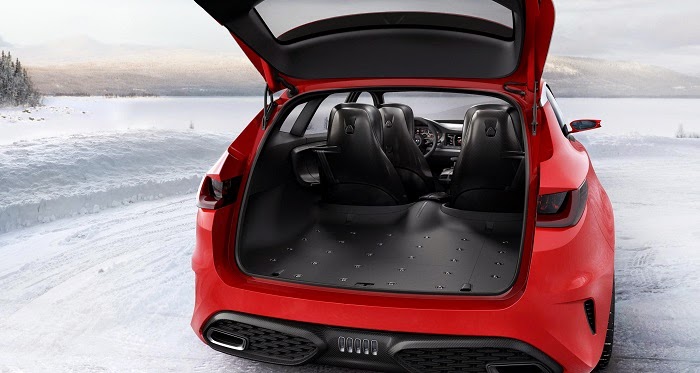 Kia's Chief Designer for Europe Gregory Guillaume had the Geneva Motor Show's host population squarely in mind with the Sportspace Concept. “Kia does not have a wagon in this important segment of the European market, but I was determined that we would not simply create something that conformed to tradition. This car comes from an ambition I had when I was studying design in Switzerland as a young man." said Guillaume. Kia does not currently sell a sport wagon in the European marketplace but the Sportspace Concept provides an imaginative take of what could be (and maybe something that could be found in North America).