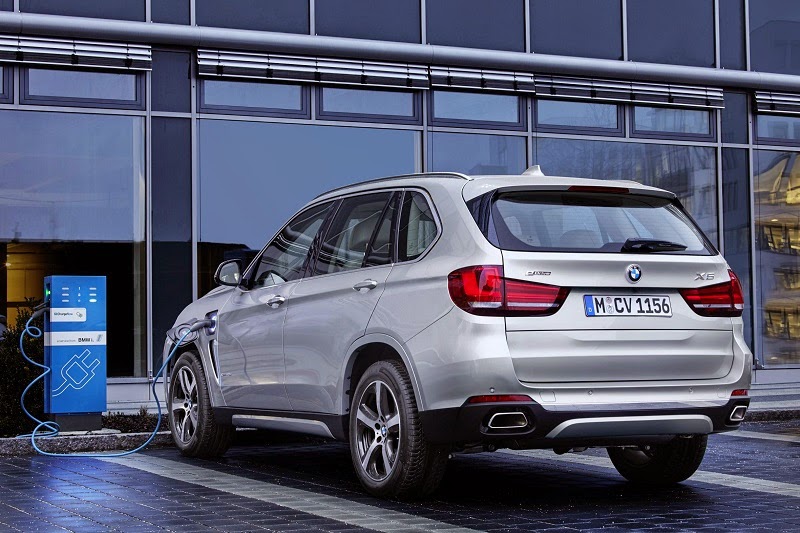 Last year in New York, BMW teased a concept of their X5 sport activity vehicle operating on a plug-in hybrid powertrain. Combining the 2.0-liter four-cylinder engine using BMW TwinPower Turbo technology combined with an electric motor, the X5 eDrive Concept was one of many interesting ways to envision BMW's top crossover vehicle. Recently, a diesel-powered version of the BMW X5 was imported into North America allowing owners to explore greater distances between fuel stops. Less than a year since the X5 eDrive Concept debuted, the vehicle has been granted the production green light as the 2016 BMW X5 xDrive40e.

Employing a similar powertrain layout displayed on the concept, the 2016 model year X5 xDrive40e operates primarily on an electric power before relying on a gasoline engine for longer range driving. From concept to production, the BMW plug-in hybrid vehicle has undergone some gains as well as some loses. The one gain made with the showroom-ready version of the electrified crossover in output. The electric motor's power generation is increased for 95 to 111 horsepower. Horsepower from the concept car's BMW TwinPower Turbo four-cylinder remains roughly unchanged in its transition to production. A crossover vehicle propelled by a combined rated output of 308 horsepower, a trade-off appears to have been made in the electric-only driving range. Compared to an estimated 18.6-mile electric driving range boasted by the X5 eDrive Concept, the equivalent plug-in hybrid driving mode on the X5 xDrive40e is rated at up to 13 miles. An eight-speed Steptronic automatic transmission is integrated with the electric/gasoline powertrain. Operating with standard permanent all-wheel drive, traction from all four wheels of the 2016 BMW X5 xDrive40e will be available under gasoline and electric power.

Only burning fuel after energy stored in the X5 xDrive40e's lithium-ion battery is depleted, fuel economy is rated quite favourably for those wishing to make a few less gas station stops in a month. Rated at 55 MPGe (a figure accounting for electric and gasoline power), the BMW plug-in hybrid crossover's stellar gas mileage retains much of the driving performance traits expected from the German vehicle brand. Able to accelerate from 0 to 60 miles per hour (0 to 96.5 kilometers per hour) in 6.5 seconds, featured a restricted top speed of 130 miles per hour or 70 miles per hour using electric-only mode. 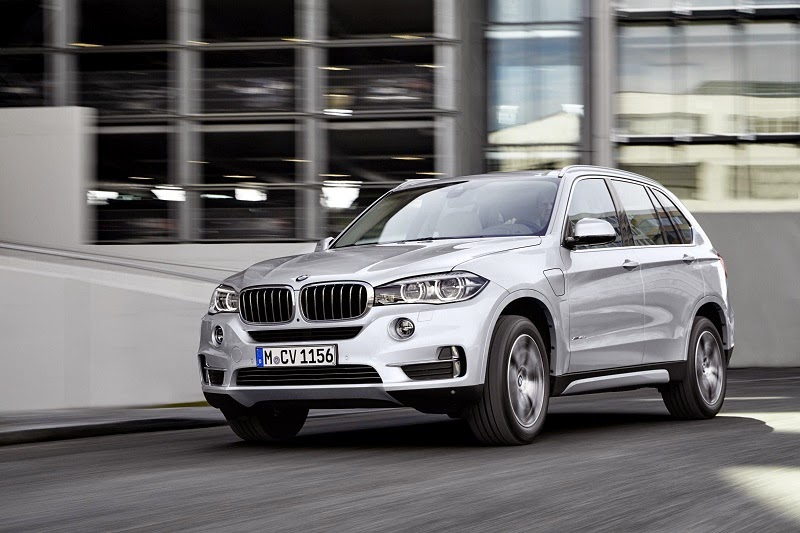 The 2016 BMW X5 xDrive40e features a Driving Dynamic Control switch allowing the vehicle to be operated in COMFORT, SPORT and ECO PRO modes. With the ECO PRO setting, the X5 xDrive40e optimizes the use of electrical power for greatest possible efficiency. When the driver removes their foot from the accelerator when speeds are between 0 and 100 miles per hour in ECO PRO mode, the gasoline engine will shut off allowing the vehicle to coast to save fuel. The driver of the plug-in hybrid could also use the eDrive button to obtain the desired distribution of propulsion between the electric and gasoline power unit.

Besides minor touches as well as special eDrive badging identifying it gasoline and diesel-powered only versions of the BMW X5, the 2016 model year plug-in hybrid variant's most defining feature is its driver-side electrical port on the front fender. Allowing 220-volt charging through a BMW Charging Station, the X5 xDrive40e's battery pack can be replenished in 2 hours and 45 minutes. P

A black-panel instrument cluster inside the 2016 BMW X5 xDrive40e includes details specifically related to the plug-in hybrid technology and is customized depending on the driving mode. There will be not third row seating option offered on the plug-in hybrid version of the sport activity vehicle due the lithium-ion battery pack. The five-passenger BMW crossover is include dual-zone climate control.

Providing addition control and information to the driver via smartphone connection, the enhanced BMW Remote app on the X5 xDrive40e relays driving efficiency information as well as can locate public charging stations among many functions. The X5 xDrive40e is outfitted with a model-specific climate control system featuring electrically powered auxiliary heating and ventilation that can operate directly on grid power when the vehicle is plugged-in.

The arrival of the 2016 BMW xDrive40e is slated for late fall of 2015 in North American showrooms.