What Happened In Vegas? The World Premiere Of The Fourth-Generation Toyota Prius 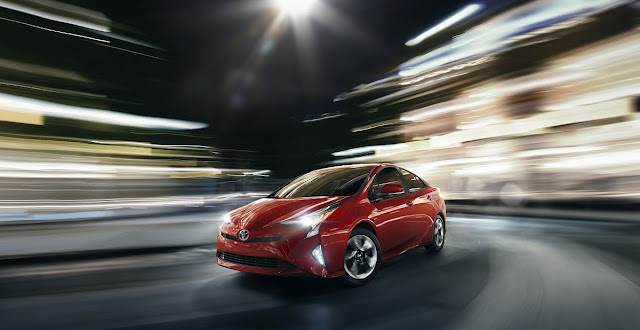 Realizing an automotive landscape today where almost every automaker promoting vehicles with some kind of electrified powertrain, it is hard to recall how 20 years ago electric or hybrid cars were seen as an oddity. Back then, Toyota raised eyebrows with the production of a small car that combined gasoline and electric power to move. Advertised as a more environmentally-friendly way of travel, the idea also presented some practicality.

The first Toyota Prius was bold technology for the 1990s based on an idea that actually dated back around the turn of the 20th century. To many, a gasoline engine and electric motor working together was a wacky premise resulting in the Prius being received like the stereotypical nerdy kid. Bravery of the Toyota Prius allowed it to survive critics who dismissed the advantages of the hybrid vehicle as a green fad or bean-counters who believed hybrids can never be produced profitably. No longer the era where the majority of Internet came through a dial-up connection, the nerdy kid is now an over-achiever (although these days the term 'nerd' is thankfully more of a dear of endearment). For 2016, a fourth-generation Toyota Prius appears destined to show its classmates what can happen when someone dares to realize their differences as a valuable asset. 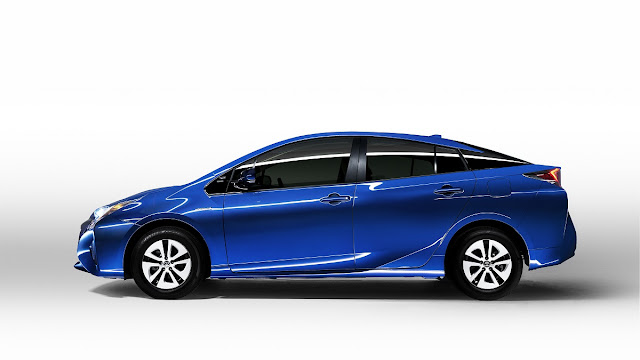 Premiering in Las Vegas, the 2016 Toyota Prius was elevated into the night sky of 'Sin City'. With 3.5-million examples sold worldwide, the Toyota Prius was seen as a technologically-advanced vehicle but not as necessary as an attractive one when compared to many sportier compacts. With the 2016 model year Toyota Prius, a radical redesign of the exterior may have some buyers dazzled by the vehicle while not even recognizing it as a hybrid. Said to be inspired by a runner in the starting blocks, the exterior of the 2016 Prius is the most kinetic vision generated from a compact Toyota-branded car for a long time. A literally edgy front end is similar to the style of the Toyota Mirai hydrogen fuel cell vehicle. LED headlights will be standard on all Toyota Prius models. While the roof profile is still fashioned as a fastback, the rear bodywork sails around the bottom of the rear window creating a sporty notchback appearance. A colour assortment of seven shades including "Hypersonic Red" brings sporty life to the newest hybrid economy car.

A longer, wider and lower hybrid, the fourth-generation Prius sells an advantage of what is referred as Toyota's New Global Architecture (TNGA). For automobile enthusiasts, TNGA demonstrated for the first time on the 2016 Toyota Prius promotes a more action-filled pipeline for the vehicle's of the world's largest automaker. A lower center of gravity and a more athletic suspension system is incorporated with the new Prius that also features a more rigid structure. A new rear double wishbone suspension unit on the 2016 model will maintain better contact with the road surface under various conditions. From what is seen on the 2016 Prius, TNGA is an initiative that should add some excitement to a vehicle brand that has earned a reputation for being dull in North America. 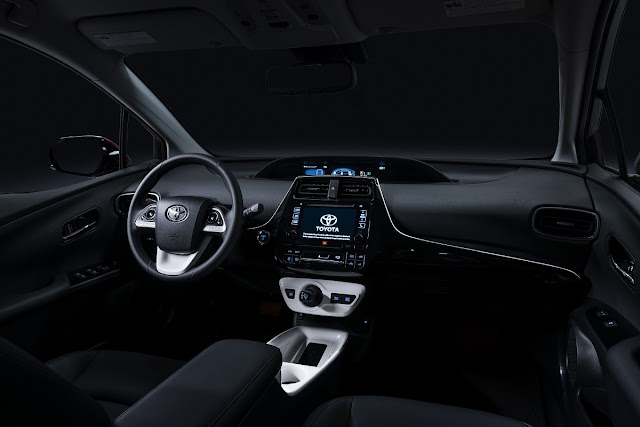 Measuring 2.4 inches longer in length and 0.6 inches wider than the previous Prius, the 2016 version of the hybrid will be noticed inside. Providing greater passenger and cargo room, the new Toyota Prius will present comfort as well as ergonomics. Enveloping occupants, the 2016 Prius features a stylish, multi-coloured wrap-around dash and form-hugging seats supportive over the course of daily driving. Controls have also been moved within easy reach of the driver.

The specifications of hybrid or plug-in hybrid powertrains have yet been unveiled for the 2016 Toyota Prius. Toyota's major claim regarding the new propulsion systems is buyers can expect ten percent better fuel economy on core models. The pledge is the new conventional hybrid Prius will possess the greatest fuel efficiency of any vehicle not a plug-in. In addition to the increased economy with core Toyota Prius models, there will also be an ECO version of the car promising even better mileage from a gallon or liter of fuel. 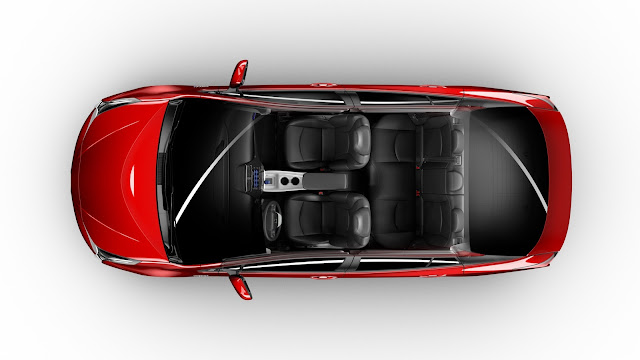 The 2016 Prius will be the first Toyota product in the United States and Canada to offer a new advanced safety equipment. Called Toyota Safety Sense, two of the more intriguing technologies are Pre-Collision System with Pedestrian Detection and Lane Departure with Steering Assist. Radar cruise control and automatic high beams are also part of the Toyota Safety Sense package. Introduced through the 2016 Toyota Prius, the brand intends to have Toyota Safety Sense available in almost all of their vehicles sold by the end of 2017 calendar year.

Expected to arrive in dealerships for the early part of 2016, the Toyota Prius hybrid want to show a more-crowded marketplace of hybrid that it is the king of the nerds.