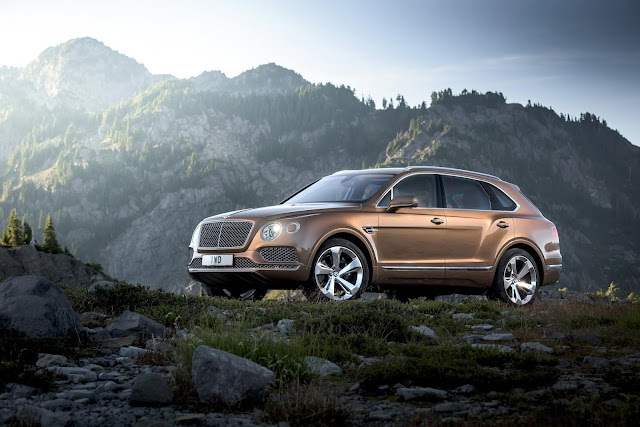 Ever since Porsche introduced the Cayenne in the 2000s, no automaker has been ruled-out in adding a crossover vehicle to their line-up. At 2012 Geneva Motor Show, British luxury vehicle brand Bentley unveiled a concept design to what was seen as the impending arrival of a super-luxury crossover. A marque seen as one of the most prestigious builders of automobiles in the world, Bentley only needed to create a world-topping vehicle for the popular segment. Almost four years later, the Bentley Bentayga is the form of an all-new bred of luxury crossover vehicle.

Though the Bentayga represents the inauguration of Bentley's foray into a new class of motoring, the vehicle is the end result of a long, uneasy journey of exploration. The EXP 9 F Concept (an initial design creation meant to chart the vision of Bentley's crossover vehicle) premiered in 2012 to a largely negative reception. While the idea of a Bentley crossover vehicle was not significantly opposed, the exterior design direction displayed with the EXP 9 F Concept was disliked. Automotive press and individuals criticized what was a somewhat malformed appearance of the famous luxury carmaker's personality. The loathed styling of the Bentley EXP 9 F Concept came as a shock to the luxury car maker. Necessitating a vastly different transition from concept to production, Bentley's Bentayga is a softened reimagining of a high-class crossover vehicle. 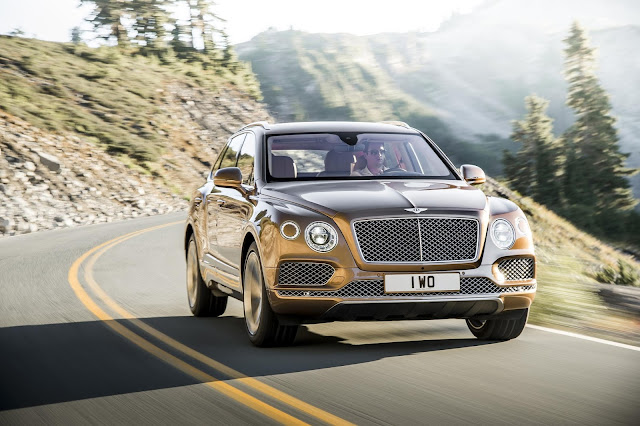 A brand that established itself in the 1920s by winning the 24 Hours of Le Mans on several occasions, the perception of a crossover utility vehicle based on Bentley's heritage was clearly a challenge. Featuring state-of-the-art construction that includes the use of weight-saving aluminum, the Bentley Bentayga balances design cues of the Continental GT and Flying Spur with the tall, utility vehicle stature. Full-LED headlights and a trademark large matrix grille adorn the front of the Bentayga while the rear taillights illuminate with a distant 'B' shape. Not all of the design elements of the controversial EXP 9 F Concept were abandoned. A Pronounced flaring around the rear wheels translated into the Bentley Bentayga's side profile. Bespoke alloy wheel patterns ranging between 20 and 22 inches will be available artfully illustrating the premium product in motion.

Two panes are used to shape the standard panoramic glass roof. Making up 60 percent of the total roof surface, glass allows the Bentley Bentayga's interior to fill with natural light. Superior cabin brightness inside the luxury crossover provides the ideal solution to show off the Bentayga's fine-crafted materials. As typical with all Bentley vehicles, handcrafted wood and bull-hide leather materials are installed in every regard to facilitating a high-class ambience. All 15 pieces of wood veneer and metal components are placed using precision fits adhering to strict tolerances. Polished metal pieces are infused throughout the cabin placed on the dash, center console and doors. The Bentayga's interior environment can be radically tuned to the preference of each buyer with 15 carpet options, 15 leather types, seven different types of wood veneer and three two-tone colors choices part of a rainbow of possibilities. 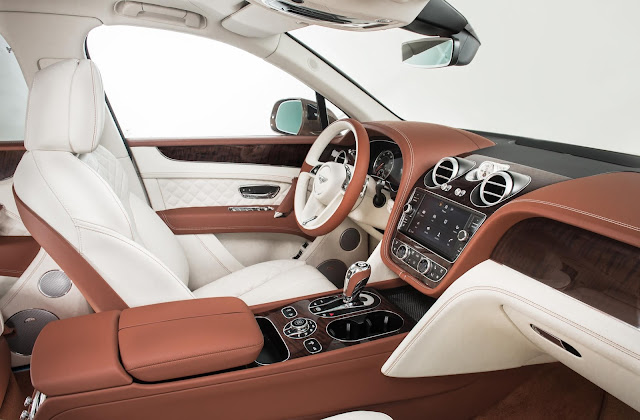 Functional comfort inside the Bentley Bentayga is supplied by 22-way power adjustable front seats and 18-way adjustable rear seats. Four-passenger or five-passenger interior layouts are offered with the crossover. Rear seat occupants are the recipients of Bentley's latest connected vehicle innovation exhibited for the first time with the Bentayga. The Bentley Entertainment Tablet functions through a 10.2-inch Android device featuring high-speed 4G, WiFi and Bluetooth connectivity. At the front, an eight-inch touch screen serves as the interface for a 60-gigabyte infotainment system that can operate in 30 different languages. Three stereo speaker options come with the Bentley Bentayga. The top-rated unit is a 1,950-watt Naim for Bentley Premium Audio system that channels sound through a set of 18 speakers. 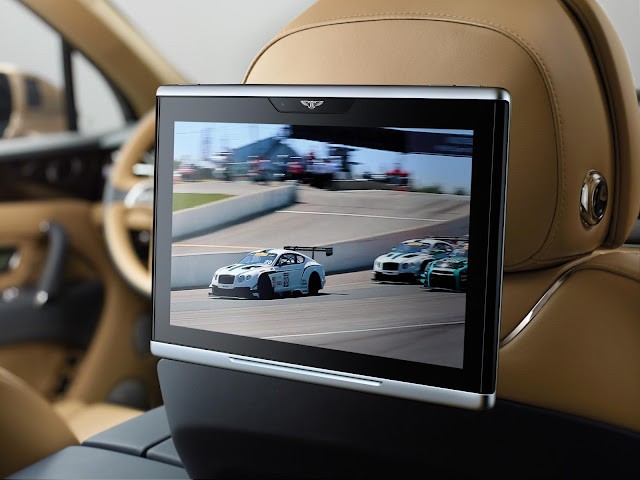 The Bentley Bentayga is created on an all-new Volkswagen Group platform also used for the upcoming Audi Q7. Functioning with a permanent all-wheel drive, the Bentley crossover's speaks with its own sophisticated W12 TSI voice. An all-new twelve-cylinder engine built in Crewe, the twin-turbocharged 6.0-liter powerplant incorporates fuel delivery through indirect and direct injection. 600 horsepower and 663 pound-feet of torque from the English W12 engine moves the Bentayga with a force unmatched by any other production crossover utility vehicle on the market. Through an eight-speed automatic transmission, the all-wheel drive system receives horsepower in a manner allowing 0 to 60-mile per hour acceleration times in 4 seconds. Diesel and hybrid versions of the Bentayga is also touted for future release by Bentley. 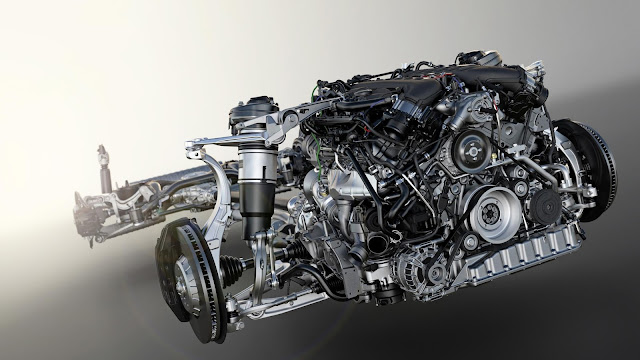 With enormous power, a full suite of technology is in place to responsibly handle the crossover's performance. Electric power steering, Electronic Stability Control, multi-mode traction control and Hill Descent Control is found on the Bentley Bentayga. Other active safety equipment available on the Bentley crossover includes night vision and adaptive cruise control that uses sensors, cameras as well as navigation data to modify the vehicle's speed. For driving off-road,  an optional Responsive Off-Road Setting provides a full-range of information referencing characteristics such as the Bentayga's pitch, roll and altitude in the instrument display. In the city, an available Park Assist system will find an appropriate parallel or perpendicular spot for the crossover. Once found, Park Assist steers the vehicle into a parking spot. An air suspension with four modes of adjustment is standard on the Bentley Bentayga providing tailored riding on-road or off-road.

The public unveiling for the Bentley Bentayga is scheduled for the IAA Frankfurt Show opening next week. The delivery process for the all-new luxury crossover will start in early 2016.