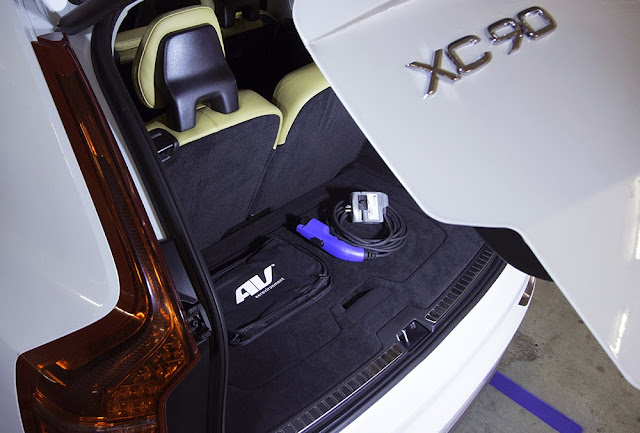 With the all-new Volvo XC90, the Swedish auto company will introduce the option of the world's first seven-passenger plug-in hybrid later this year. The 2016 XC90 T8 Plug-in Hybrid (also called the Twin Engine by Volvo) can be driven up to 43 kilometers on an electrical battery charge. Once the 9.2 kWh lithium-ion battery pack's charge is depleted, the 2016 Volvo XC90 T8 Plug-in Hybrid's 2.0-liter four-cylinder turbocharged and supercharged engine provides a confident 320 horsepower. All models of the large premium crossovers are propelled through an all-wheel drive and equipped with an eight-speed automatic transmission.

For its introduction, the 2016 XC90 T8 Plug-in Hybrid crossover vehicle will come with a special standard technology making faster battery charging possible. The Volvo XC90 T8 Twin Engine is billed as the first plug-in hybrid to include a standard 240-volt charger with the portable TurboCord dual charger system. TurboCord features the flexibility of 120-volt Level 1 and a 240-volt Level 2 vehicle charging apparatus. 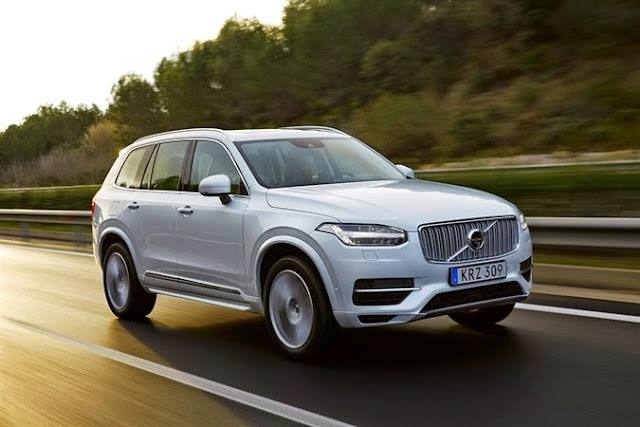 Most electric and plug-in hybrid vehicles are included with a 120-volt built-in or portable charging unit. While 120-volt power outlets are common and easy to locate, these connections are slow to recharge the large capacity battery packs of electrified vehicles.