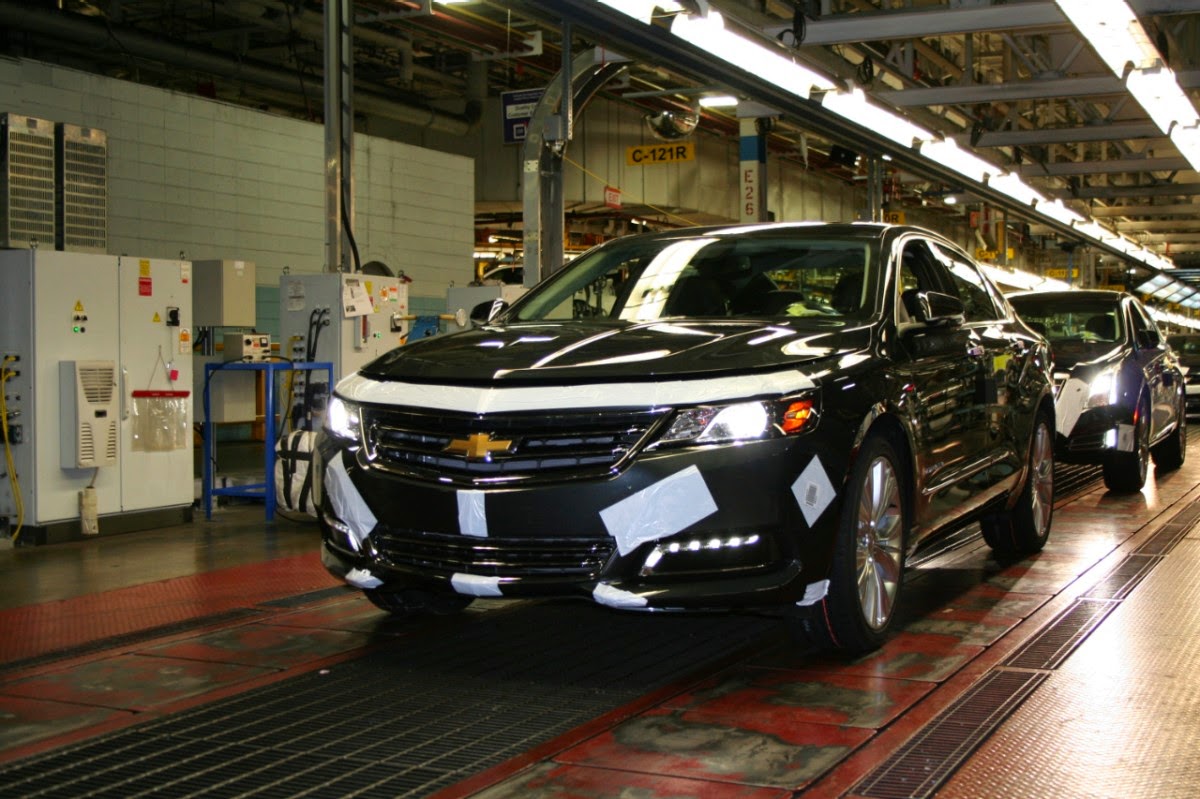 At the beginning of the week, General Motors Canada and the Ontario provincial government gathered stood happily together as the Canadian subsidiary of the major automaker pledged to add 100 high-tech jobs to their Oshawa-based engineering centre. Following the optimistic news in regards to their Engineering Centre, General Motors Canada capped off the work week on a somber note. Resulting from the auto company's decision to move production of the Chevrolet Camaro from the Oshawa Assembly Plant to Lansing, Michigan, the fate of approximately 1,000 of the total 3,600 hourly positions was confirmed with job loss.

Unfortunate for Canadian auto workers for General Motors, Oshawa area as well as indirect employment positions dependent on consumer income from the area plant workers, the news did not come as a surprise. It was in December of 2012 that General Motors mentioned moving production to the Chevrolet Camaro south of the border. While not a sudden announcement, the job losses at the Oshawa Assembly Plant's have hit hard.

Rather than operating as a basic layoff, General Motors Canada anticipates the reduction in their labour force will result through retirement incentives. The early retirement package is said to consist of either $50,000 or $60,000 (depending on the worker's classification) and will include a $20,000 voucher for a new General Motors product. Roughly 2,100 of the current workforce at the Oshawa Assembly Plant is eligible for early retirement under the current agreement with the union Unifor.

By November 20th of this year, the Oshawa Assembly Plant's total will drop to 2,600 employees. At that time, the manufacturing facility will continue to produce the Buick Regal, Cadillac XTS, Chevrolet Impala on the 'Flex Line' while a lower-capacity 'Consolidated Line' will churn out the Chevrolet Equinox as well as the Chevrolet Impala Limited (the previous generation of the sedan built specifically for fleet use). After late November 2015, the Flex Line will operate with two shifts while one shift will be in place on the Consolidated Line. Preserving staffing levels for the immediate future, with no new vehicle announcements made since 2013, the legendary Canadian auto town would eagerly welcome a new product introduction for the plant.

The news of the Canadian workforce reduction came on the same day General Motors announced a 5.4-billion dollar investment in their three Michigan facilities (including the Lansing Delta Township plant close to location where the upcoming 2016 Chevrolet Camaro will be built).