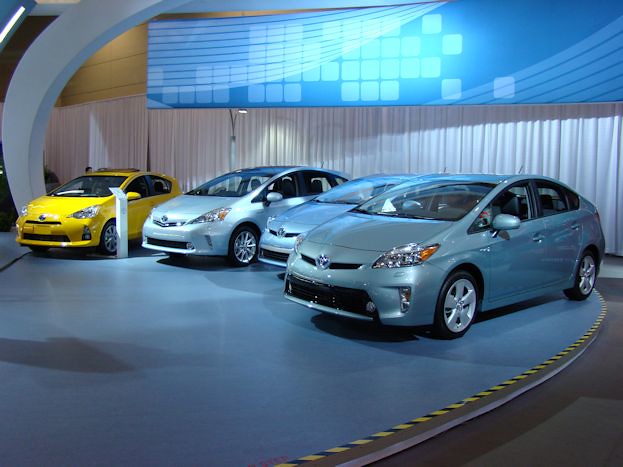 It is said the fortune favours the bold. In the 1990s, Toyota Motor Corporation stepped a vast distance into an unknown realm when they pursued gasoline/electric hybrid driving technology. The Toyota Prius led what would be a transformation of a brand and thinking for what electrified cars could be.

At a time when purely gasoline-powered vehicles reigned supreme for almost nine decades on roadways, the idea of hybrid cars was met with mixed reactions. Some viewed the premise of integrating electric power with a gasoline powerplant as a sensible alternative to full electric cars. Issues such as limited range plagued the serious chances of electric cars in the modern world. Hybrids were viewed as the best of both worlds where the electric drive system supplemented the gasoline engine. On the negative judgement side of hybrid vehicles, critics wanted to believe that hybrid cars would be too pricey for automotive consumers and the technology was too advanced to catch on. In Canada, the cold, varying winter climate does present some challenges for the batteries of electric cars. Despite the adversity, the Toyota Prius was introduced to Canadians in 2000. 14 years later, Toyota has reached a six-digit milestone with the hybrid vehicle fleet in Canada.

On September 3rd, Toyota Canada Incorporated announced that their 100,000th hybrid was sold in the country. Started with the Toyota Prius, the powertrain technology the company classifies as Hybrid Synergy Drive has been widely applied to Toyota as well as their luxury-oriented Lexus products. It is believed that globally Toyota was the first major automaker to make their hybrid vehicle technology profitable while some companies accepted hybrid cars as a loss leader. Reaching the 100,000th hybrid vehicle sold in Canada, Toyota praises the environmental benefit of customers spending 30 percent less fuel. "That means since 2000, Toyota and Lexus hybrids have avoided more than 600,000 tons of carbon dioxide emissions while saving over 259 million litres of fuel. That's the equivalent of filling 103 Olympic-size swimming pools.", said President and CEO of Toyota Canada Incorporated Seiji Ichii.

Toyota's position for hybrids in Canada is being heavily reinforced. In 2014, three Toyota Prius family vehicles (the conventional Prius, Prius c, and Prius v) as well as the Toyota Highlander were awarded as the most efficient products in their category by Natural Resources Canada. Canada's acceptance of Toyota hybrid products has resulted in a recent gift. Toyota's South Cambridge Plant has been the birthplace of the Lexus RX450h hybrid crossover since March of this year.