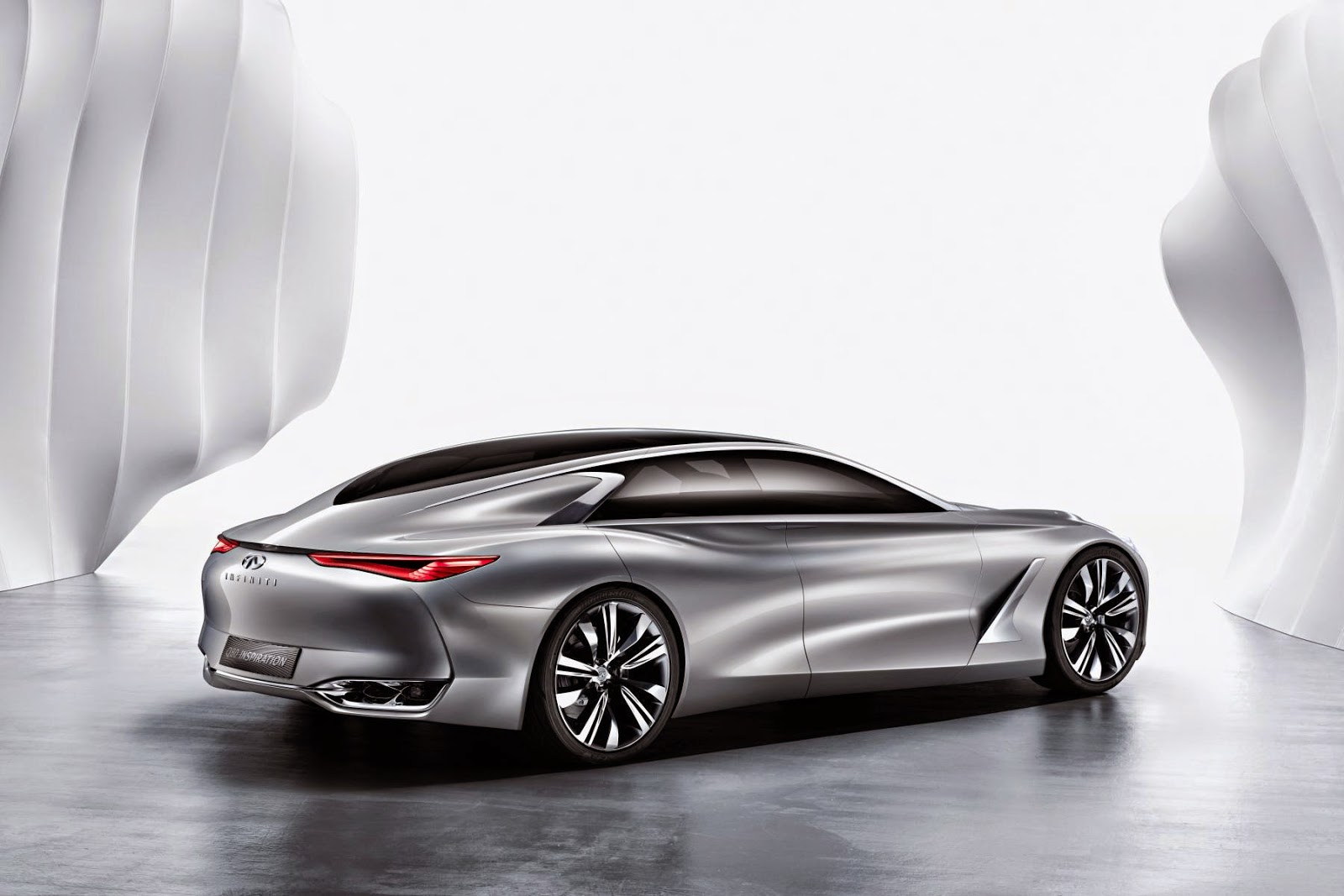 Next month, the 2014 Paris Auto Show will start a period known as the auto show season. A season that typically starts in North America with the LA Auto Show in November, European audiences receive the first exhibition of all-new production vehicle premieres and the presentation of mind-wondering concept cars. A show where the likes of Italian designer Pininfarina first appeared on the world stage, the show often motivates the debut of classy styling studies. At Infiniti, you can say the luxury car brand has received inspiration from competitors as well as from their individual designers in the latest concept car.

Described as possessing "1+1+1+1" seating, the Infiniti Q80 Inspiration concept car's interior is configured to provide a personalized touch for four occupants. High-end materials such as carbon fiber, aluminum and leather applied through the interior creating the desired balance between sport and luxury comfort.

Last year, the Q50 Eau Rouge concept car was Infiniti's darling on the auto show circuit. The enveloping luxury performance of 560 horsepower proved so strong that the production version of the car has been strongly hinted. Could the Infiniti Q80 Inspiration generate the same clout to inspire it for a showroom near you?