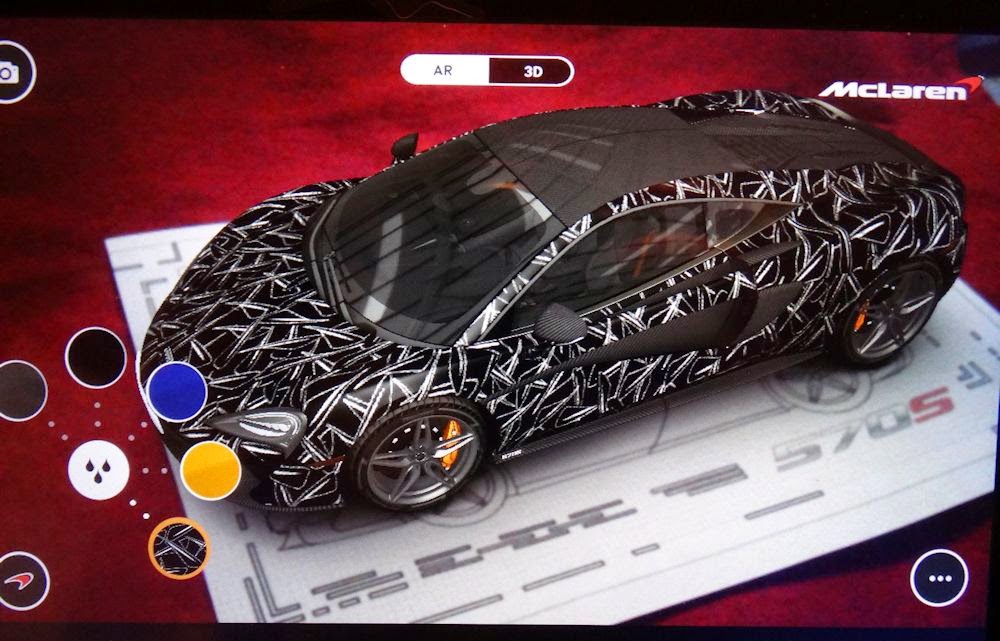 With every generation, we find new ways to channel our love. From letters to telegrams to emails to social media, the methods of connection to objects of affection has changed but the emotions behind them remains a romance. Ever since the creation of the automobile, devotion to the vehicles has definitely adjusted to the growth of media technologies.

Earlier this month, supercar builder McLaren Automotive's debut of the 570S at the 2015 New York International Auto Show was accompanied by a free mobile application. For those unable to see the stunning 3.8-liter twin-turbocharged V-8 powered McLaren 650S in person, the app allows the 562-horsepower vehicle to literally leap off the page. Added to Google Play marketplace on April 7th, the McLaren 570S Sport Series App allows Android smartphones and tablets allows supercar lovers the chance to explore the new vehicle in a unique, interactive way. The latest app is the third one created by McLaren to showcase their vehicles. Previously released on Google Play is programs for the McLaren P1 supercar as well as the 650S. I

Intrigued by the McLaren 570S Sport Series app, I have to confess it initially failed to deliver on its promise. Through the app, the McLaren 570S is profiled through two modes, 3D and AR (Augmented Reality). The 3D mode providing a rotating representation of the 570S supercar configurable immediately worked. By tapping the McLaren logo at the left-bottom of the touchscreen, the user can see the car in a variety of available colours (including a camouflage scheme), with the cabin doors open or with an X-Ray view. An airflow animation displays the McLaren 570S' aerodynamic profile at work. You can even change the colour of the brake calipers selecting between five options.

Components of the vehicle are highlighted as the McLaren 570S is moved around in the 3D view. Tapping on the sections provide relevant information on the 570S supercar providing details such as the engine used to propel the vehicle to a 204-mile per hour top speed potential. 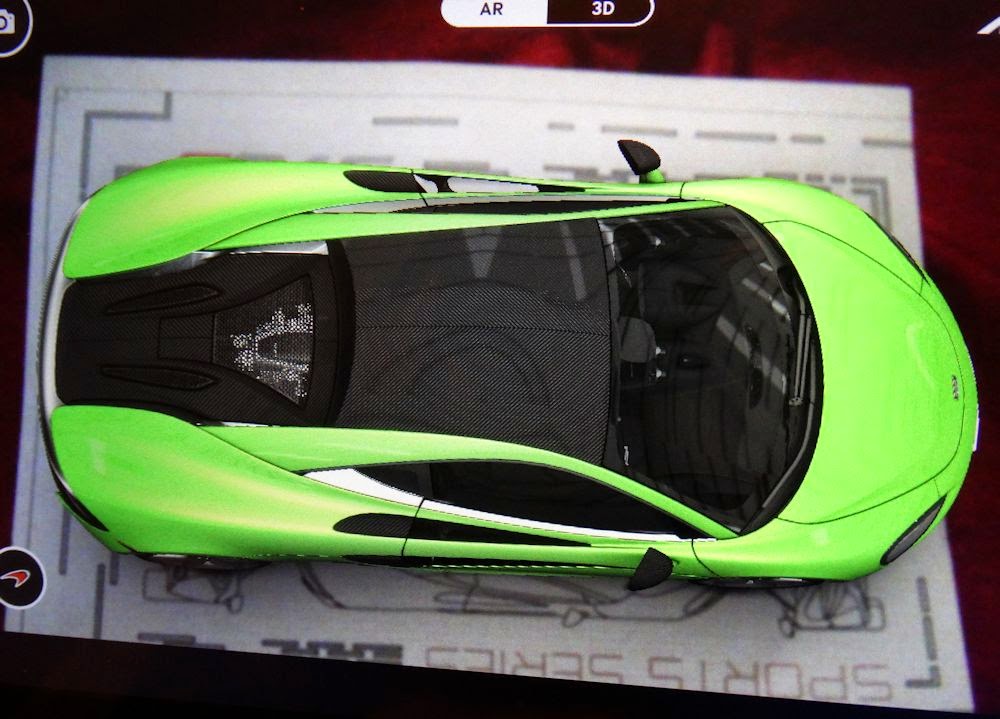 When evaluating the app, the tricky part in the beginning was using the AR mode. To begin, you print out a sheet of paper from the McLaren website of the 570S. Once created, the intention is to point your Android mobile device's camera over the printed sheet. Expecting to see something amazing, I was originally disappointed when nothing happened. Fortunately, after contacting McLaren Automotive regarding the issue, I was informed a fix was provided to the app. As you can judge by the pictures in this article, the AR function of the McLaren 570S Sport Series app now works. 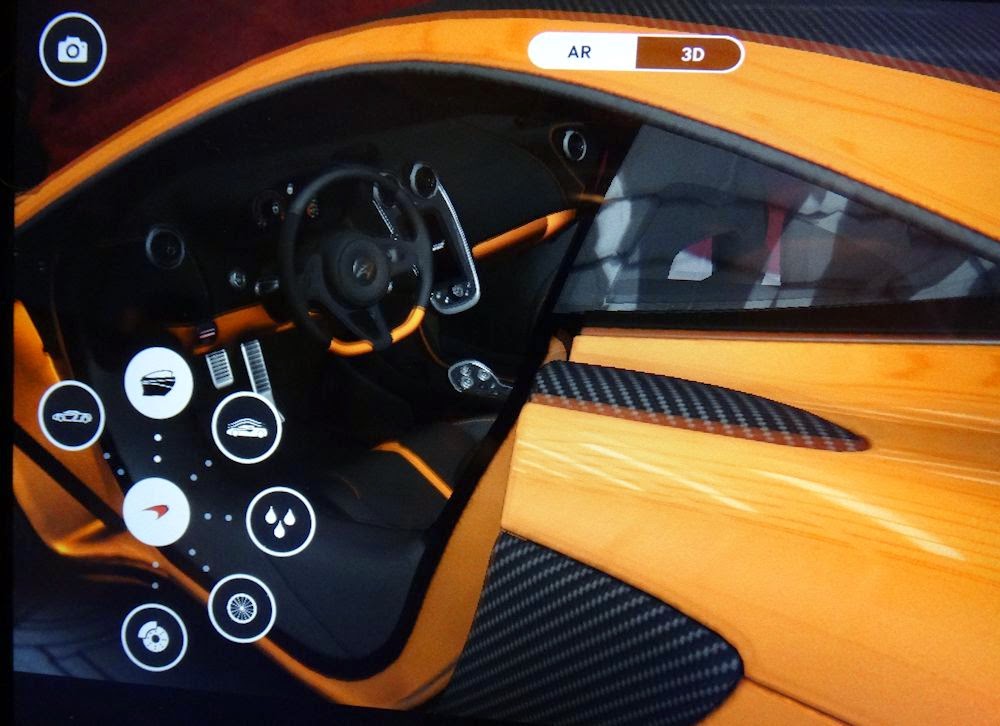 While the AR Mode worked, the McLaren 570S Sport Series app lacked functionally of its camera button on my device. I needed to photograph the screen of my tablet in order to create the images for this post. 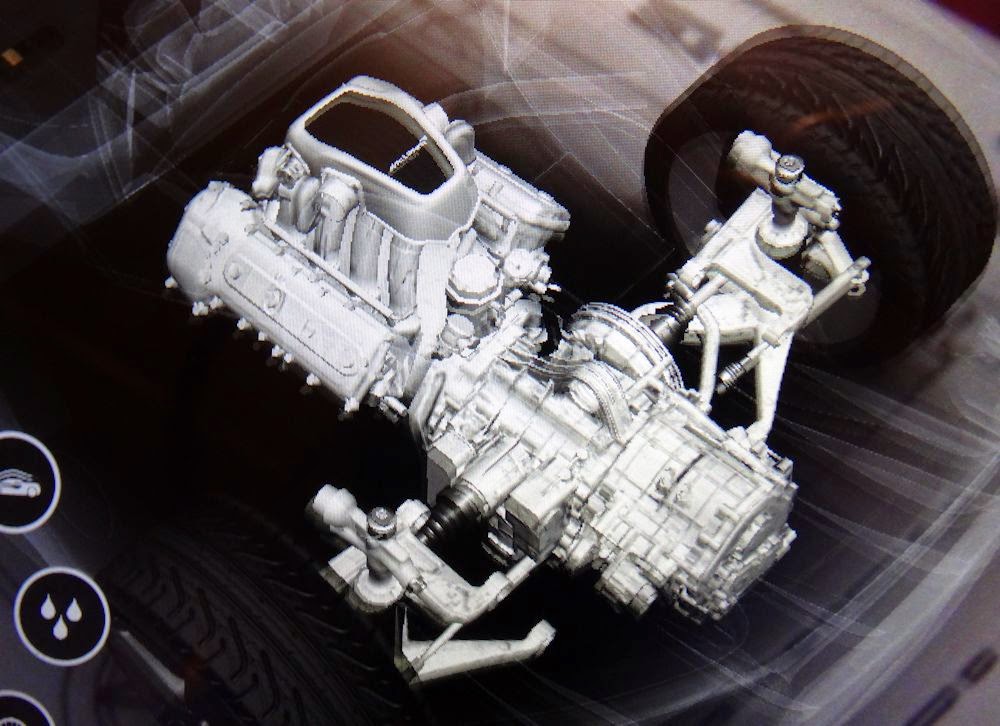 Overall, the test drive of the McLaren 570S Sport Series app has been a fulfilling experience. While it's no replacement to taking the wheel of the supercar and allowing it to soar from 0 to 62 miles per hour in 3.2 seconds, the app provided a memorable couple moments where a mere mortal could capture the beauty of this latest road car.

The McLaren 570S Sport Series app is available for download on Android devices through Google Play.