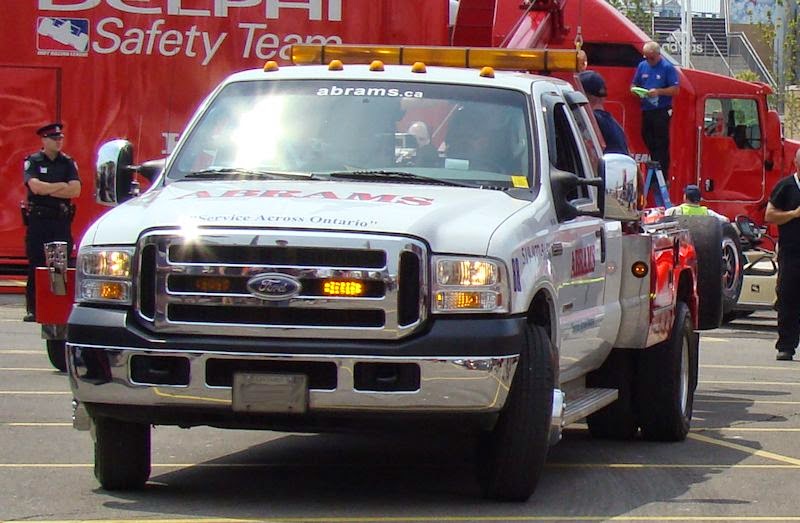 In most cases, automakers appreciate it when their vehicles are found at the top of charts. In Canada, Ford Motor Company has contently watched as their F-Series truck line has been a hot commodity. On-road and off-road capacities for Ford's pickup trucks has been reflected year after year. As a matter of fact, 48 years of sales-topping performances in its class reveals the Canadian popularity for this dependable work vehicle. Coveted among hard-working individuals and businesses, the Ford F-Series has unfortunately become a magnet for thieves.

A report released on Wednesday by the Insurance Bureau of Canada highlighted the top-10 most stolen vehicles in this country. On the national chart, Ford F-Series trucks appeared on the list a total of seven times. With Ford F-Series pickups taking the top three positions on the list, the 2003 Cadillac Escalade is positioned in fourth place as the highest vehicle not to be a Ford truck. Other than the F-Series and Escalade, the Honda Civic took the final two spots on the Canada-wide most stolen vehicle ranking. According to the Insurance Bureau of Canada, the province of Alberta have seen a 50 percent rise in the thefts of the Ford trucks. Rick Dubin, Vice-President for the Investigative Service for the organization also stated, "What's more, for the first time in years, 3 stolen F-series trucks, intended for export, were seized at the ports of Montreal and Halifax."

Within the national list for most stolen vehicles, there is a few interesting tidbits. While the Ford F-Series dominated the chart, none are the typically abundant F-150 models. Evidently, based on the 2014 list, thieves are finding greater value in the brand's more powerful Super Duty variants. Five of the Ford trucks consists of 2003-2007 model years of the one-ton F-350. At the top of the chart, the 2007 Ford F-350 pickup truck is the most stolen in Canada. Remaining two Ford trucks on the list is the 2006 and 2007 model year F-250. Including the Cadillac Escalade, eight of the top ten automobiles in the national theft list are truck-based products.

Also in the national ranking, no vehicles produced beyond 2007 have even made the list. For Canada overall, the oldest model year vehicle appearing in the top-10 for theft risk was the 1999 Honda Civic (the 2000 model also made the list). Advancements made in anti-theft protection and even vehicle tracking services have made causal theft more difficult with new vehicles. On the 2001 Civic, Honda incorporated additional theft deterrent such as an electric immobilizer system.

However, the Insurance Bureau of Canada also cautions that 20 percent of thefts took place when vehicles had keys inside. The organization additionally warns that more organized thieves are continuing to target high-end automobiles. One theft ring was recently cracked by Toronto police called "Project Yellowbird".

Top-10 Most Stolen Vehicles in Canada