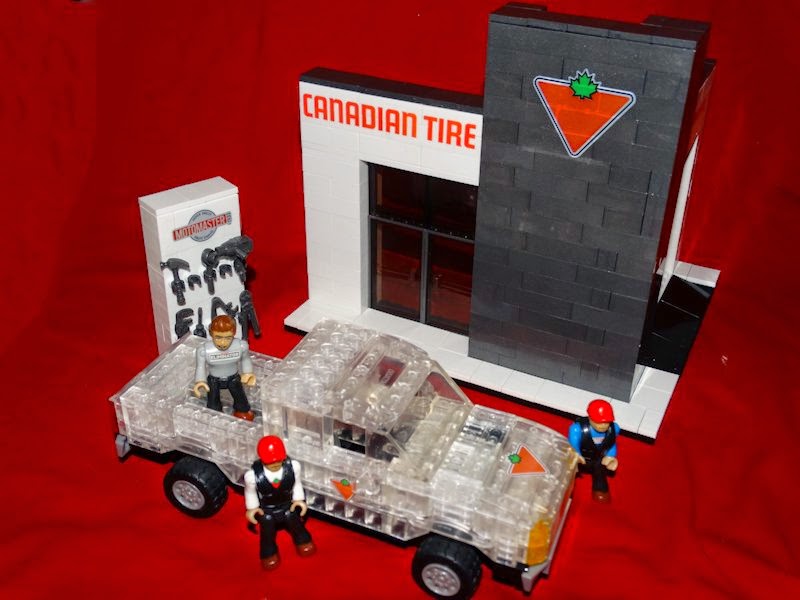 Are you still seeking that ideal gift for that car lover in your life? Young and old, the attraction of four-wheeled vehicles has long-served as a source of amusement. While some of us would identify our ideal Christmas or holiday gift with 707 horsepower flowing to the rear wheels of a Dodge Challenger SRT Hellcat, a majority of enthusiasts can be won over by a fun, thoughtful surprise related to the automobiles. For this reason, Car FYI has compiled several gift ideas for the Canadian automotive fan. Recognizing the assorted tastes of individuals enchanted by car culture, maybe one suggestion will guide the gift-giver or perhaps the self-gifter.

Starting off the 2014 Holiday Gift List, I share with you an item that definitely caught my eye. On the first day of 2014, retailer Canadian Tire created a chillingly awesome commercial for the MotoMaster Eliminator battery. Premiering during the January 1st Winter Classic NHL match with the Detroit Red Wings facing off against the Toronto Maple Leafs, a truck shaped by 11,000 pounds of ice blocks rolled to demonstrate the winter-handling endurance of their battery. The commercials were a massive hit and generated intrigue for the Ice Truck. Not a computer effect, the Ice Truck indeed really existed sculpted with the aid of Iceculture and was powered by a non-ice chassis from a real truck. 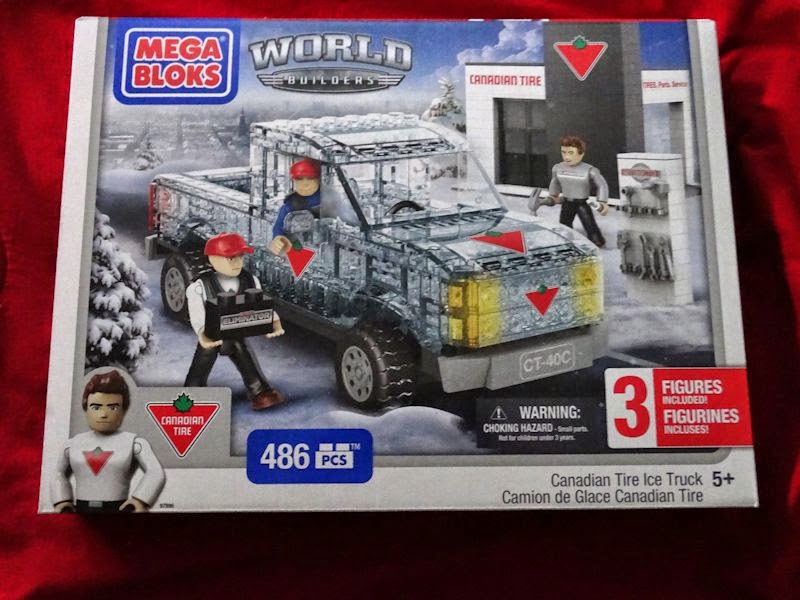 As the end of this year nears, Canadian Tire reminds us of their clever, cool marketing. Selling replicas scaled models of their Ice Truck, another product developed in partnership with fellow Canadian-based company Mega Bloks allows Canadian Tire's Ice Truck to be assembled without the worry of melting.

A 486-piece building set, the Mega Bloks World Builders Canadian Tire Ice Truck regularly retails at $34.99. Recently becoming an uncle, I had just recently become aware at the price of connecting block building sets and have been astonished at the expense. I've looked at some Lego set and was blown away as many greatly exceed $50. 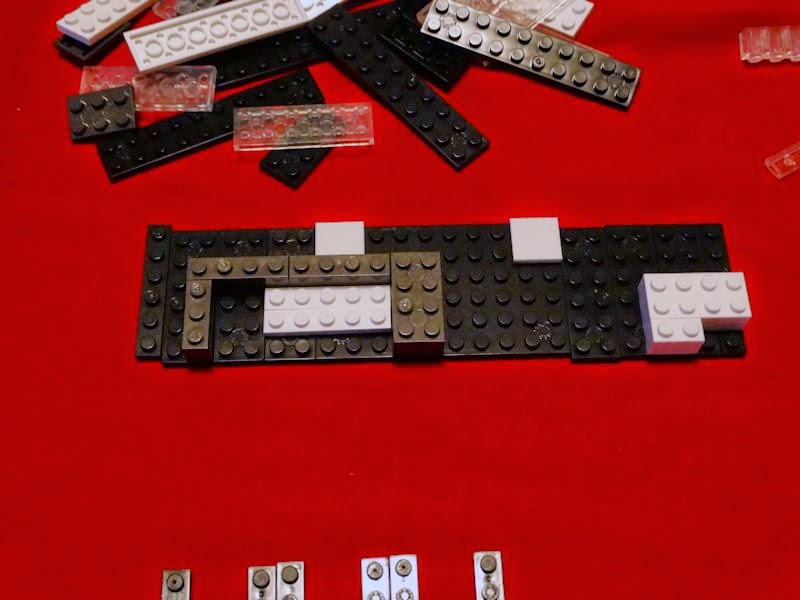 Part of me also questions the idea of having themed building sets that only promote the construction of an item in one form. Isn't the idea of building blocks to have children explore their imaginations to construct their own creations? I do know many of these themed sets are popular and some can even be quite valuable. Vintage Lego Canada Post mail vans produced in the 1980s can go for upwards to over $300 on Ebay. In a most recent surge in Lego popular thanks to the recently released movie, the cost of play sets are continuing to soar. Mega Bloks is viewed as a knock-off version of Lego but still generates interest (case in point, Mattel brought the block maker's parent company earlier this year).

Opening up the Mega Bloks Canadian Tire Ice Truck building set, I followed the instructions closely. Some of the bags come with numbers of them. Just ignore the numbering because it served no redeemable purpose to assembling the set. Despite the few moments of frustration finding specific piece in a pile of Mega Bloks bricks, the building, tool set and truck went together smoothly. Remembering my time as a child, I do concern myself with the small detectable tools included in the kit. With the Canadian Tire Ice Truck set rated for five years and up, the lifespan of the little Mega Bloks accessories could be short. 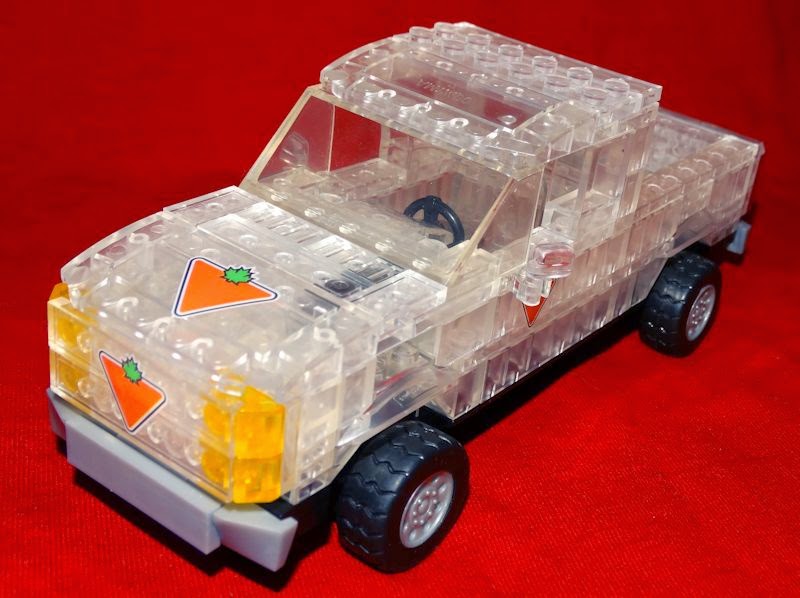 Of course, the most thrilling part of the complete build was assembling the ice truck. Consisting largely of transparent blocks, an ice-like finish shimmers though the built vehicle. Under the hood, the Mega Bloks kit also included a MotoMaster Eliminator battery. 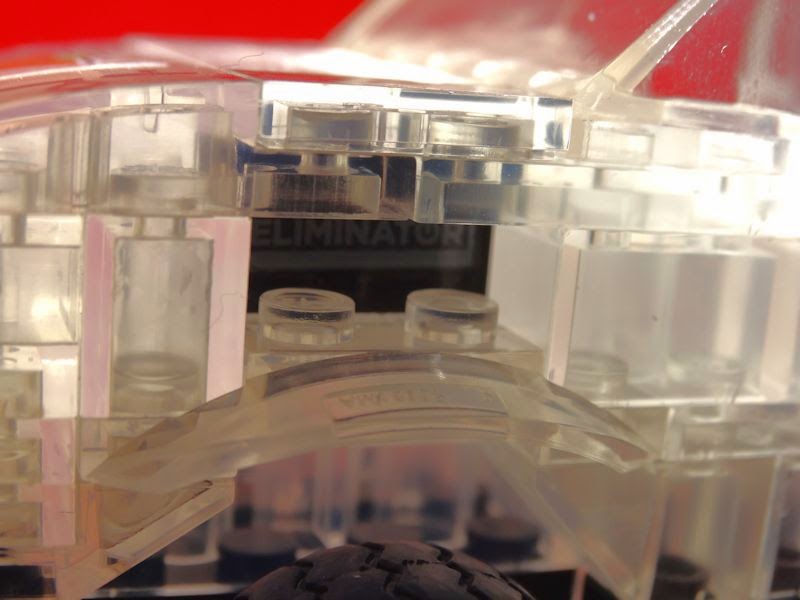 Also included in the kit are three Canadian Tire-branded figures with articulating movement that out-flexes a Lego man or Lego woman. It is also impressive that the set seems rather robust when built precisely to the instructions ideal for hours of play for children. However taking roughly three hours for me to assemble the entire Mega Bloks set, the build process according to the instructions was fairly elaborate. It strikes me I may not be the only adult who will have to assemble the set (at least, initially).