SRT Preparing to Throw a Tomahawk into Gran Turismo 6

Through video gaming, car enthusiasts have entered an era where our automotive indulgence is achieved without being in physical connection with the actual vehicle. The realistic appearance of video game automobiles and careful emphasis on mimicking real world performance in the virtual world. Recently, popular racing game franchises provided users the opportunity to pilot new cars such as the 2015 Ford Mustang, Chevrolet Corvette Stingray and the BMW M4 even before they appeared in dealerships.

While video games had often coveted presenting real, licensed vehicles in their pixelated experiences, developers' cooperation with the auto companies has transitioned. Instead of real world automobiles from popular auto makes being installed into video games, the gamer world has provided a new environment for providing life to concept cars. Since 2013, the Gran Turismo 6 game for the Sony Playstation 3 has opened the door to the designers of several major auto brands to create stylistic dreams without the usual constraints. Through what is classified as Vision cars, Mercedes-Benz was one of the first creating a special coupe for the Gran Turismo franchise. Last year, Chevrolet fused Chaparral heritage with a radical single-seat vehicle powered by a laser-based propulsion system. Chevrolet and Mercedes-Benz provided a full-scale mock-up of their design as an added novelty. Soon, Fiat Chrysler Automobiles (FCA) will insert their own video game concept car into the Gran Turismo 6 virtual racing experience. 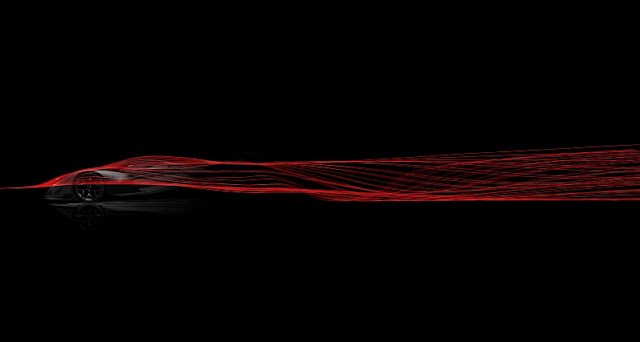 Providing peeks before its eventual release, FCA pledges the pictures will fully unveil a single-seat hybrid-propelled vehicle. Called the SRT Tomahawk Vision Gran Turismo, SRT will once again stand as a brand (a first since the Viper supercar's reintegration with Dodge in mid-2014). If the Tomahawk name sounds familiar to Chrysler products, it's because the name was previously used in a 2003 concept vehicle. A motorcycle-like vehicle, the Dodge Tomahawk was powered by a 500-horsepower 8.3-liter V-10 engine from the Viper.