It is a regret to inform Toronto area car enthusiasts there will unfortunately be one fewer attraction for  motorheads in 2016. The premium and exotic cars belonging to Motorexpo Toronto will not be present in the Canadian city's downtown. A chance to view brand-new vehicles from McLaren, Lamborghini, Jaguar, Acura or Bentley in the specious lobbies of the Bay Wellington Tower and First Canadian Place buildings right in the heart of Toronto, the Motorexpo exhibit operated through the work week as a free to visit event. An annual exhibition for five years, Motorexpo Toronto will not take place this summer.

In reviewing the Motorexpo website, the Toronto event is notably absent along with a long-held show in London. In fact, the only location slated to hold Motorexpo for 2016 is New York City. Contacting Motorexpo CEO Graeme Carver, he confirmed there will not be a Canadian stop for the luxury and exotic car show this year. No explanation for the scrubbing of Motorexpo Toronto was provided by Carver but the city is not alone. The news regarding the exclusion of the Motorexpo show in Toronto coincides with the cancellation of the originating automotive event in the United Kingdom. First held in 1996, Motorexpo London at Canary Wharf attracted roughly 400,000 spectators in 2015 and has been flagship event up until this year. In that case, negotiations with the show hosting grounds fell through.

Warm, natural light beaming through the Allen Lambert galleria provided such a captivating sight in past years of Motorexpo Toronto. Not only were the vehicles achieving an raw beauty free of specialized display lighting, the daylight provided near ideal photographic circumstances. I personally will be sorry miss out on the opportunity to view a collection of prestigious badges in one place. Attending the last two Motorexpo Toronto events, the show was certainly not as vast as the Canadian International AutoShow but provided a healthy crop of high-end machines I either had little time or limited access to over the rushed journey that is media day. In my two visits, there was at least one McLaren supercar, a Bentley and Rolls-Royce per event. Last year, a McLaren 12C-Spa F was displayed alongside a McLaren 650S. In 2014, a Tesla Model S was part of Motorexpo Toronto where it was always under the examination of attendees. Another electrified motor vehicle, the BMW i8 plug-in hybrid sport coupe, appeared in 2015 outside of the exhibition where crowds of tourist and honest working individuals strolled past.

With the cancellation of this year's Motoexpo, there remains uncertainty if the event will return at a future date.


While the 2016 event will not happen, I welcome you to review the following photo compilation I uploaded to Flickr of the previous two Motorexpo displays. Please also enjoy a Youtube video taken of the 2015 Motorexpo show in Toronto. 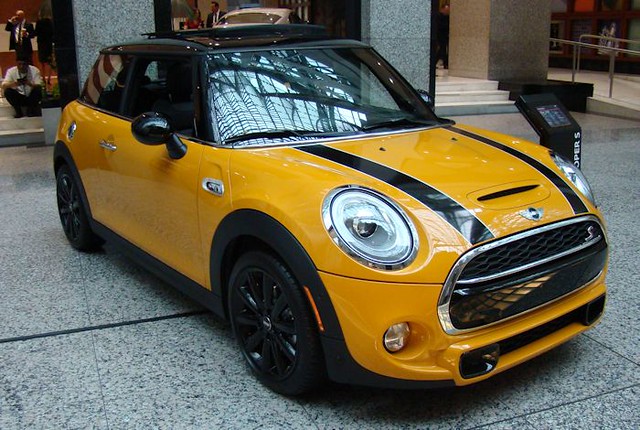 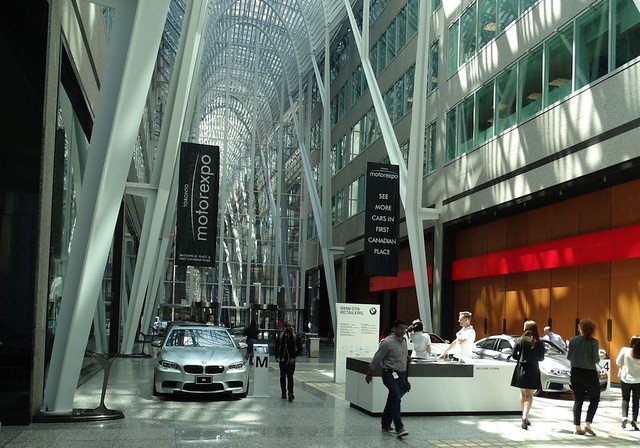