A Look Back at the Forward-Thinking 2020 Canadian International AutoShow


The recently concluded 2020 edition of the Canadian International AutoShow wraps as a grand celebration of wheels and the motors that propel them. More than just a gathering for vehicle manufacturers to impress us with their latest designs and technologies, the Metro Toronto Convention Centre played host to a multitude of ideas lined to the classic, modern and futuristic automotive genre. Within the massive gathering space was a chance to amuse yourself with various types of interactivity. Branded with the theme of “Transformative Times”, the 2020 Canadian International AutoShow acted in an attempt to shed light along the many crossroads the automobile industry faces while also reminding us of the delight of more than 100 years of motoring.

Did the realignment of the Detroit auto show mean the Toronto show was lacking vehicle star importance for 2020? I experience would indicate the selection of motoring masterpieces felt consistent with recent years. I’ve been attending the Canadian International AutoShow annually since 2009 and I remembered a rather subdued version of the event in 2010 when they stopped using the Skydome (Rogers Centre) as an event place. Although the show has not used the baseball stadium since 2009, the Metro Toronto Convention Centre has remained packed.

However, having previously mentioned the word star, it does bring up one notable absence at this year’s auto show. Amongst all the brands, Mercedes-Benz chose not to attend the 2020 Canadian International AutoShow. A statement made by Mercedes-Benz Canada’s Vice President of Marketing Virginie Aubert explains the decision in length. “Mercedes-Benz Canada continuously evaluates our events portfolio to ensure that each of our initiatives provides the best opportunities to fulfil our strategic priorities. After careful consideration, we decided to no longer participate in Canadian auto shows as of 2020. Mercedes-Benz Canada is hard at work preparing a series of programs in 2020 that will showcase our exceptional vehicle lineup and excite both Mercedes-Benz fans and new audiences. We look forward to sharing these events in the near future.”. An automaker that has been known to organize a fairly large exhibition in Toronto every year, the German brand’s election to sit out for the event did not go without notice. Fortunately, there were several other luxury car companies eager to gain the attention of a Canadian crowd.

Containing a full complement of Canadian premieres as is typical, the Toronto auto show hosted the first appearance of the all-new Land Rover Defender, Audi RSQ8, Aston Martin DBX, MINI John Cooper Works GP and the eighth generation Chevrolet Corvette convertible. Being there on Media Preview Day held prior to the event opening to the public, I’m granted the special opportunity to experience the pomp of a manufacturer projecting their company’s best prospects for 2020 and beyond. With speeches from vibrant representatives, almost every press conference involves a speech preaching recent successes and/or brand strategy prior to the introduction of a vehicle concealed under a cover. Since almost every vehicle was previous unveiled at another auto show or online, the premiere ceremonies were like a Christmas morning where you know what’s in all the presents. However, attendees of this year’s Canadian International AutoShow were the first to behold the luxury wonder of the mammoth 2021 Cadillac Escalade sport utility vehicle in person witnessing firsthand its curved OLED display panel.

For 2020, a focus of performance being central in the appearance of many new cars shown at the Canadian International AutoShow was somewhat amusing. Despite almost every automaker placing emphasis on electrification in their production lineups, some of the event’s main attraction with the all-new Corvettes, a 542-horsepower crossover vehicle from Aston Martin as well as the Canadian-only McLaren Senna Can-Am special edition supercar. Even as the Porsche’s Taycan’s fully electric vehicle was present in the German sports car builder’s display, the company prominently showcased their modernized 935 track car. The prized vehicle of the 2020 auto show was the Bugatti La Voiture Noire was among the most lavish example of high-performance excellence. Propelled by a 16-cylinder engine engineered to generate more than 1,400 horsepower, the one of a kind hypercar is priced at 16.1-million Canadian dollars. With the presence of the Land Rover Defender, the Jeep Gladiator Mojave as well as General Motors large full-sized sport utility vehicles, utility performance was also given a platform in the Toronto show.


Does the apparent desire for gasoline-powered, high-performance machines distract from the trend for electric motoring? Electrified vehicles did enjoy part of the spotlight at the 2020 Canadian International AutoShow. The most powerful car in this year’s exhibition was the Pininfarina Battista outfitted with a powerplant capable of producing 1,900 horsepower. The Battista can accelerate from 0 to 100 kilometers per hour (62 miles per hour) in just two seconds and have a maximum top speed potential of 350 kilometers per hour (217.47 miles per hour). Audi and Volkswagen both extensively promoted electric vehicles with the German luxury brand showing greater depth with their e-tron lineup. Volkswagen showed off their MEB chassis platform that will serve as the basis for the company’s upcoming ID. Electric vehicle family. The third and final electrified attraction in Toronto was the Ford Mustang Mach E. Through Ford didn’t organize a press conference on media day, the all-electric vehicle still drew a crowd.

Guests attending this year’s auto show were also greeted by a wide array of fun, interactive experiences. Kia’s exhibit had large tables with touchscreen surfaces for table hockey while other, vehicle-related multimedia components were located with Nissan and Acura. Among the most impressively themed interactive presentations I partook in was positioned with Infiniti. Fashioned in the shape of classic arcade cabinets, Infiniti’s Fast Forward provided a simple yet amusing video game as well as a homage to the luxury brand’s 30 years of vehicles and safety innovations.

Beyond the scope of new cars, the 2020 Canadian International AutoShow also contained several special areas. For attendees interested in antique vehicles, The Cobble Beach Classics: The Disruptors display included a 1904 Curved Dash Oldsmobile, a 1938 Mercedes-Benz 540K and a Lamborghini Miura. Positioned outside of the Cobble Beach Classics exhibition was a 1959 Chevrolet Corvette Stingray concept car. Alongside the sensational Auto Exotica display containing some of the world’s most exclusive vehicles, other major showcase contains some memorable race cars representing McLaren Racing who was being inducted into the Canadian Motorsport Hall of Fame prior to the Media Preview Day.

Military vehicles supplied by the Ontario Regiment Museum as well as the Oblivion display combining a handful 1980s and 1990s vehicles (including a replica of Knight Rider’s KITT) paired with classic nostalgia items along with vintage arcade cabinets. During the public days of the event, there was also an assortment of child-friendly activities and contests as well as a $20,000 professional Forza Motorsport 7 competition hosted by the WorldGaming Network.

When I have to sum up this year’s Canadian International AutoShow, all I can say is I was left conflicted in a delightful way. For a long time, we have accepted these exhibitions of the automobile as simply a showcase of vehicles. We are used to seeing the latest vehicles, concept cars and even displays of classic automobiles providing both a source of information as well as entertainment as we connect to our personal desires to explore the frontiers of motoring. Recently, the auto industry is embracing so many different technologies and ideas causing us to greatly reassess what transportation is becoming. Electrification, in-car connectivity and even the manner for how new car ownership is evolving the perception of the automobile at a pace not seen since following the second world war. A mid-engined Chevrolet Corvette and a four-door, fully electric crossover vehicle wearing Ford’s Mustang nameplate is some of the most visible examples of a changing automotive universe shown in Toronto. The complex nature for the modern automobile in 2020 was so properly represented at the Canadian International AutoShow as we look behind at the great moments created by the great piece of machinery as well as ahead envisioning with uncertainty what memories we will experience with the automobile. Indeed, we are entering into transformative times. 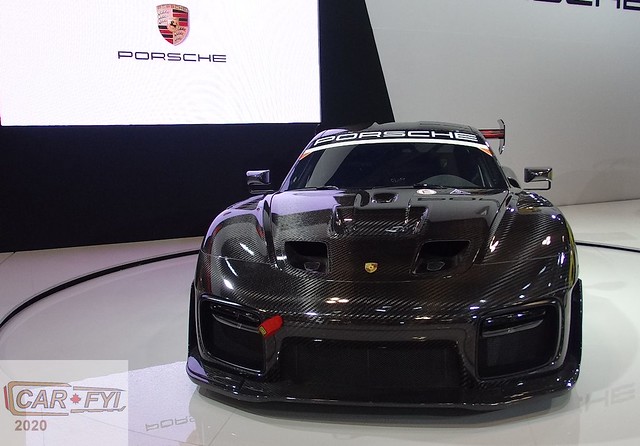